AFRICA/MALI - A missionary: "Jihadism is fought by defeating widespread poverty" 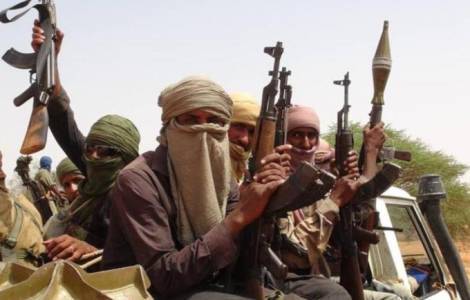 Bamako (Agenzia Fides) - Jihadism is fueled by injustice, poverty and misery. Thousands of unemployed young people look for hope, which they find in an extreme form of religiosity that leads them to take up arms against anyone who does not profess their faith. This is how Father Arvedo Godina of the White Fathers, who has worked as a missionary in Mali for 52 years, describes the dynamic of Islamic extremism that is increasingly spreading in the Sahel region.
"Jihadism - he continues - has emerged in recent years, but the problems have their roots in history. 10,000 boys and girls graduate each year. Of these, only a thousand can find work immediately. The other 9,000 remain unemployed. They keep applying for public positions, they struggle with a thousand jobs, but often without hope of recovery. Some emigrate. But nobody has concrete perspectives".

This summer, President Ibrahim Boubacar Keïta was overthrown by a coup organized by the armed forces. The military then formed a government together with members of civil society who demanded more effective economic policies and a close fight against corruption. "Politics fails to respond to the needs of the population - continues Fr. Arvedo -. Corruption is widespread and is an obstacle to the social and economic growth of the nation". In addition there is an increasingly powerful crime. Over the years, Mali has become a hub for international drug trafficking. A trade that, according to the United Nations estimates, has a value of about 26 billion per year and leads to further corruption, violence, despair and drug addiction.

Father Arvedo has always worked at the service of the diocese of Bamako. First as a coadjutor in the parish of Kati, then as professor and rector of the seminary in Kulikoro, and, since 1992, in the training center for catechists near the Kati mission. Over the years he has never noticed any serious conflict with Muslims. "Among the Bambara - explains Fr. Arvedo - there is a saying that goes: "In a village, first the cooking place is built and then that of the mosque". This means that respect for people and for dialogue between people comes first, and then differences in belief. The local culture is based solely on this welcoming attitude. I recently calculated that 49% of couples in the Kati community are mixed with a Christian husband or wife and Muslim spouse. Mutual acceptance results from this mixture. Real dialogue takes place in families and therefore has deep roots".

However, this mutual respect is threatened by the spread of Islamic extremism. During his work as a prison chaplain, Father Arvedo also met militiamen: "Many hopeless young people have sought refuge in the arms of the jihadist networks. Many young people without hope have thrown themselves in the arms of the jihadist networks. They say they are fighting against Westerners and Christians who they see as the cause of their misery. That is why I repeat: jihadism is fought by defeating widespread poverty in the first place".

In prison, Fr. Godina tries to approach and help the militiamen. "I talk to them, I try to support them. I get medication when they need it. I explain Christianity to them and help them understand it and dialogue with them- concludes Father Arvedo -. A deep friendship has also been established with some of them. Some of them, however, reject dialogue and become radicalized. They read the Koran over and over again and draw the most extreme teachings from it. So, when they are released, they are ready to return to the ranks of Islamist fighters". (EC) (Agenzia Fides, 4/11/2020)