AFRICA/MALI - The story of Fr. Maccalli is an example of the instability affecting the Sahel 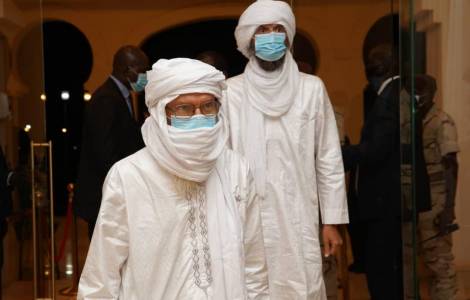 2021-07-07
Four years and 5 months after the kidnapping, there is still no news of Sister Gloria

Bamako (Agenzia Fides) – The kidnapping of Italian missionary Father Pierluigi Macalli (Sma) began in Niger and released in Mali. The case of Fr. Pier Luigi (Gigi) Maccalli illustrates the cross-border action of Islamist groups that are active in the Sahel area and that no longer easily cross borders in the desert regions on horseback or on camels, but rather on motorbikes and armed pick-ups (the famous "techniques" seen in the Somali conflict and several other theaters of war).
The Italian missionary and his compatriot Nicola Chiacchio, who had presumably been kidnapped in Mali, were officially released on October 8th, as well as French humanitarian aid worker Sophie Petronin, who was released after 1,380 days of imprisonment after being kidnapped in Mali in December 2016 and Malian opposition leader Soumaïla Cissé, who was kidnapped on March 25 this year. The context in which the release of the hostages took place is complex.
Mali is experiencing a difficult moment after a military-led transitional government was installed in Bamako on October 5th, which overthrew President Ibrahim Boubacar Keïta on August 18th.
The new government freed at least 200 people identified as members of jihadist groups, but little is known about their identity. Their release could be one of the kidnappers' requests in exchange for the release of the hostages, all of whom were kidnapped in Mali, with the exception of Father Maccalli, who was in the Bomoanga Mission on the evening of September 17, 2018, about 150 kilometers from the Nigerian capital Niamey, and was kidnapped on the border with Burkina Faso, which led to the initial suspicion that the hostage had been brought to that Country.
In Mali, Colombian sister Gloria Cecilia Narvaez Argoti, who is still missing, was kidnapped on February 8, 2017, in the village of Karangassodie (see Fides, 9/2/2017).
Fr. Mauro Armanino, a confrere of Fr. Maccalli of the Society of African Missions (SMA), in a message sent to Agenzia Fides thus summarizes the circumstances of the missionary’s release: "A change of government, with a government led by the military, negotiations that likely to took place in secret and were probably directed by the French, this is how the exchange came about. A release that takes place at night, like the kidnapping and suddenly opens up a new future that did not seem possible for years".
The desert borders of the Sahel allow Islamist groups to cross them with impunity, which has caused a turmoil in the Countries of the region, Mali, Niger, Burkina Faso, and other neighboring Countries marked by serious instability, such as the Central African Republic and Cameroon. Father Maccalli's story, which ended happily, is an example of the fateful intertwing of cross-border instabilities that have caused nearly three million displaced and refugees in the Sahelian belt. (L.M.) (Agenzia Fides, 9/10/2020)