AMERICA/VENEZUELA - Migrants: a reality of suffering for many Venezuelans 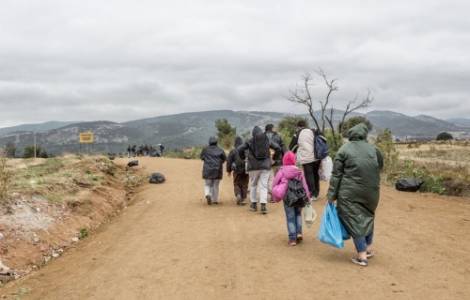 2020-10-19
The Bishops: "the country calls for a change of attitude of all political leaders"

2020-09-28
Migrants: a reality of suffering for many Venezuelans

2020-07-14
Towards the Youth Missionary Congress and Missionary month of October, despite the crisis

Caracas (Agenzia Fides) - On the occasion of the 106th World Day of Migrants and Refugees celebrated yesterday, Sunday 27 September, Red Clamor published a message addressed to "the holy people of God who are pilgrims in Latin America and the Caribbean".
The text sent to Fides by the Bishops' Conference of Venezuela (CEV), relaunches the invitation of the Holy Father: "The Pope proposes the theme of this Day starting from his knowledge of the reality of the suffering and pain of so many migrants in the world and, mainly, from Latin America and the Caribbean ... Thousands and thousands of people have had to flee their homeland to go to other places in search of a better standard of living and even to save their lives", reads the text.
"Given the lack of protection, fear and uncertainty for thousands of displaced people (...), the Church, that in her prophecy is also a mother, invites everyone to come closer to the displaced to know and understand" the message continues.
In America there is a very particular reality also with regard to integral ecology, because there have been vast movements due to natural disasters (hurricanes, earthquakes), for large-scale human accidents, such as the contamination of water, land and air, as in the last case of Brumadinho, in Brazil, where almost 300 people died (see Fides, 7/02/2019).
Red Clamor is an organization that brings together men and women committed to accompanying, defending, promoting and including displaced persons, migrants and refugees in the Latin American and Caribbean region. Promoted by the Latin American and Caribbean Episcopal Council (CELAM), inspired by an embodied spirituality of communion and participation, it seeks to listen to the cry (clamor) of people forced to move and strives to enhance charisms, resources and experiences of committed ecclesial realities and institutions to accompany migrants, refugees, displaced persons and victims of human trafficking.
The situation in Venezuela was followed by the members of Red Clamor in a particular way: about 4 million Venezuelans were spread out in Latin American countries. According to UNHCR (UN refugee agency) data, Colombia has 1.3 million presences, Peru 768,000, Chile 288,000, Ecuador 263,000, Argentina 130,000 and Brazil 168,000. But the local press reports that these figures are lower than reality. (CE) (Agenzia Fides, 28/9/2020)