ASIA/MACAO - From family to family: Claretian missionaries launch an initiative to feed the needy, inspired by Mother Teresa 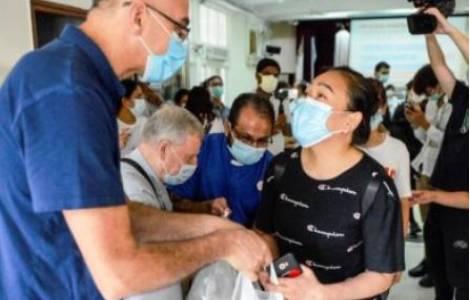 2020-09-07
From family to family: Claretian missionaries launch an initiative to feed the needy, inspired by Mother Teresa

2019-09-27
The Claretians: proclamation and distribution of the Gospel for the "Extraordinary Missionary Month"

2014-01-21
Day of Migrants: to promote harmony and unity among the peoples

Macao (Agenzia Fides) - The Claretian missionaries have given life to an initiative to feed the needy in Macao, inspired by Mother Teresa of Calcutta, the saint who did so much for the poor and dispossessed in India. As Fides has learned, the initiative - launched on 5 September, the day the Church remembers the Saint - was entitled Mother's meal ". To inaugurate it, missionaries and volunteers distributed a survival food kit to 50 migrant families, particularly affected in time of Covid-19.
Father Jijo Kandamkulathy, an Indian Claretian, one of the founders of the "Mother's Meal program, organized the distribution of the kit to supplement food supplies to vulnerable and destitute families. The parcels were prepared thanks to a collection made in recent weeks from wealthy families. The idea of the "Mother's Meal" is, in fact, to involve families who can afford to support another family in difficulty and offer to provide constant help for a year.
Also Bishop Stephen Lee Bun Sang of Macao, appreciating the initiative, wanted to contribute by giving financial assistance, to allow families to survive in times of pandemic. "Each of these families is selected on the basis of their socio-economic difficulties. They deserve our support", remarked Terry, a lay volunteer, coordinator of the project.
Father George Kannanthanam, the Claretian and Director of Mother's Meal, said: "Let's take Mother Teresa as an example: if we can't feed 100 people, we can feed at least one person. Mother's Meal is the realization of Mother Teresa’s dream". "The Mother's Meal movement intends to guarantee food in every family facing the economic crisis due to the impact of the coronavirus", he said.
The "Mother's Meal" movement was already launched in India on July 16, 2020, on the occasion of the 50th year of Claretian presence in India. It was subsequently extended to 1,000 families in various Indian states, favoring families with disabilities and the terminally ill, as well as widows and the elderly without any support. "Mother's Meal was born precisely to be a support for the most vulnerable families struggling to survive. There are also many in Macau and we wish to extend it further, in other countries of the world", said Fr. Kannanthanam.
According to Sibu George, coordinator of the program in India, there are already new requests to activate it in Sri Lanka and in African countries.
The idea of engaging in the "Mother's Meal" initiative was discussed and approved by Claretians after the NGO "Oxfam" (a confederation of 20 independent organizations working to alleviate poverty globally) claimed that up to 12,000 people could die every day from Covid-19-induced hunger. (SD-PA) (Agenzia Fides, 7/9/2020) 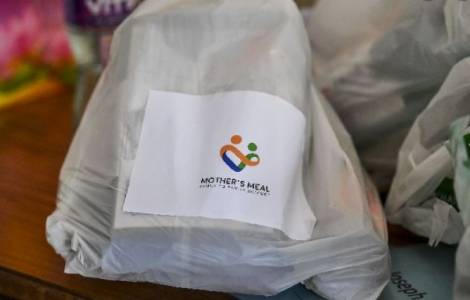