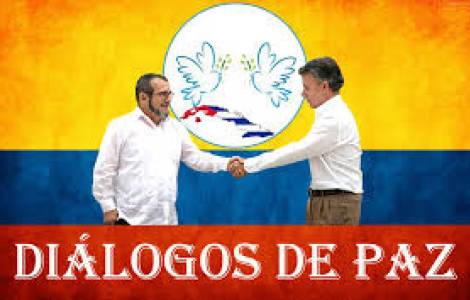 2020-09-22
Consternation of the Bishops after the latest massacres: "enough with this mechanism of death"

2020-09-15
A call to social friendship from the Archbishop of Bogotà: "We cannot remain indifferent"

2020-09-08
In the Week of Peace, new complaints on the violation of human rights in Chocó

Bogota (Agenzia Fides) - "To achieve reconciliation, one must have the intention and I believe that a large part of Colombia wants it, especially in the regions most affected by the war. But it cannot be achieved overnight. It takes a lot of experience, a lot of perseverance, because there are ups and downs and other desires to channel and attract. There will always be adversaries, and convincing them is a task that requires a lot of patience. There must also be material conditions. The State must be present in all regions, protect all its inhabitants and prevent illegal groups from imposing their law with weapons. The task of politicians is to create a consensus on practical things and, on the common good ", are the words used to describe the current situation in Colombia by the Archbishop of Colombia, Mgr. Luis Mariano Montemayor, Apostolic Nuncio in Colombia, in an interview released on Saturday 11 July to the Colombian newspaper "Semana". His words are intended to point out everything behind the lack of reconciliation:
"It is not only politicians who block it, there are other groups that do not want peace because business ends - he underlines in the interview -. I am referring to those behind illegal economies. Returning to these politicians, I would say that we must learn to overcome historical resentment. History has a weight in each of us and in social life, it cannot be denied, but we cannot be slaves of this history by repeating the same mistakes and clashes. We must put the common good above all because, as the Holy Father says, we are on the same boat. Not everyone suffers the same way, but we are all on the same boat, and in the end, if the boat sinks, we all hurt ourselves.
Mgr. Montemayor, appointed Nuncio in Colombia less than two years ago, suggests a way out of this situation of violence that has also involved drug trafficking groups: "Colombian conflict is not easy, there are many and different actors at stake. The common factor is the absence of the State in many regions and the lack of territorial control. A problem that we cannot continue to ignore. The State, which is not only the armed forces, must be brought to these areas. We must demonstrate to the population that there is political will, but this cannot be done overnight", he concluded. (CE) (Agenzia Fides, 13/7/2020)