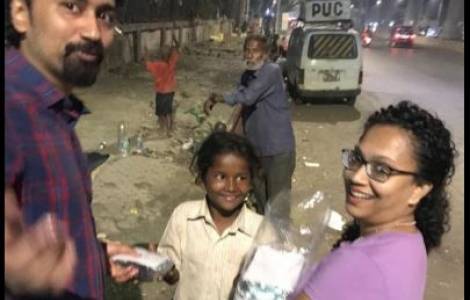 Mumbai (Agenzia Fides) - The charitable commitment of the Catholic communities of the archdiocese of Bombay is remarkable, which began with the lockdown imposed by the government to contain Covid-19 and which still continues, to meet the needs of the poorest and derelicts, whose social or work situation has worsened in times of pandemic.
As Fides learns, among the many activities organized in favor of the poorest, most destitute or vulnerable, there is the "Manna on Weels" program (because volunteers go by car to the poorest areas, but also wants to underline the "we" of the community). Organized by the church of St. Peter, in the Bandra area, it is animated by parishioners who help meet the needs of people who suffer from hunger and live on the street in Bandra West, including numerous children. Launched by a Catholic married couple (Richard Pereira and his wife Canice) with Jesuit father Gerard Rodricks. The program started with the distribution of 25 lunch-boxes on March 30th and still continues. The program quickly grew with the involvement of other volunteers, in particular young people from the church of St. Peter, and people from other religious communities, and it became a procession of 14 cars that delivers 1,850 parcels of food every day. Overall, over 40,000 meals have been distributed, helping to meet the nutritional needs of migrant workers, the homeless and others in need, also thanks to over 200 donors who made a contribution of over 50 thousand US dollars.
"It is an initiative born to give a testimony of faith, hope and charity. And when we launched a request for funds, we did not imagine that much money would come. I think this activity was inspired by God. The project is a testimony of teamwork and service, carried out with love and mercy, following the example of Christ", Richard Pereira tells Fides.
Similarly, another church, the parish of the Holy Magi of Gorai-Culvem, is reaching out to farmers and fishermen in economic difficulty. Gorai and Culvem are places located near the Arabian Sea, surrounded by vegetation, fields and mountains, where communities of farmers and fishermen live. "Covid-19 has had an impact on people's social, psychological and mental health. The most affected are migrants, domestic workers, wage workers, small fishermen who have also had problems with survival. In the midst of the crisis, the parish of the Holy Magi saw the difficulty and tried to give an answer", explains Father Edward Jacinto, parish priest of the church to Fides. Community volunteers provide food and supplies to people of other faiths, tribals, migrants, widows and other people in need with the cooperation of local governments and other civil society organizations. For over three months, about 80 young Catholics, women and men, have been patrolling the area 24 hours a day, 7 days a week, and have established an efficient solidarity network.
"Several parishes, associations, movements of the local Church are feeding the hungry" says Don Mario Mendes, director of the "Center for social action", organization of the archdiocese of Bombay that deals with social development. "Many associative realities and many Catholic faithful are showing genuine courage and compassion. This spontaneously born charity, which is doing good for thousands of people who would otherwise be abandoned, is one of the most beautiful and encouraging aspects in this time of pandemic and social distancing. The love of Christ goes beyond every barrier and reaches every man. This is the testimony that the Catholic Church in India offers today", concludes Don Mendes. (SD-PA) (Agenzia Fides, 3/7/2020) 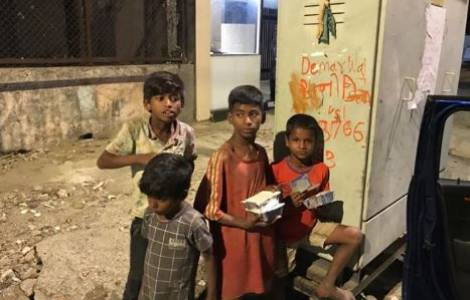 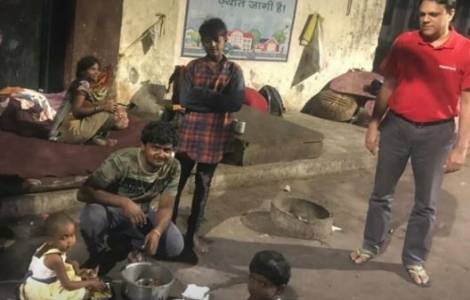 ASIA/MYANMAR - Young Christian volunteers working in hospitals, on the front line against the pandemic