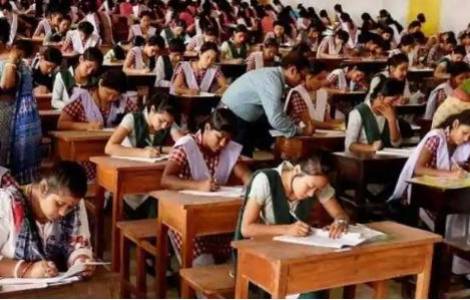 Lahore (Agenzia Fides) - "I ask the governor of Punjab, Chaudhry Sarwar, to review this decision and to work for inclusive, truly valuable education that promotes human rights and can be offered to students of all religions, in our educational institutions": this is what Fr. Abid Habib, OFM Cap, 64-year-old Catholic priest and Pakistani Capuchin friar, said in a message sent to Agenzia Fides, after the government of the Pakistani province of Punjab made the teaching of the Quran compulsory for all university students studying in the province. The friar expresses his dissent towards this provision, which has generated wide disapproval in minority religious communities (especially between Christians and Hindus), as well as in various organizations and platforms of Pakistani civil society and in the academic world.
Addressing the Vice Chancellors of Universities in the Province of Punjab in recent days, the Governor of Punjab, Chaudhry Sarwar, said: "The historic decision to teach the Quran, with its translation in Urdu, has been implemented. It will be a mandatory subject in all the universities of Punjab and, without studying it, no degree will be awarded to students; we will promote an amendment to the Constitution to make the teaching of the Holy Quran compulsory".
The notification issued by the Secretariat of the Governor of Punjab states: "A student will not be able to graduate unless he studies the Holy Quran with translation". And he continues: "In all universities of Punjab, the teaching material of the Holy Quran will be taught separately from the topic of Islamiat (teachings related to the Islamic religion), already provided in all universities".
Fr. Abid Habib, who was also Director of the "Justice and Peace" Commission of the Conference of Major Superiors in Pakistan, notes: "First of all, it should be remembered that it was not the intention of the founder of Pakistan, Muhammad Ali Jinnah, to make Pakistan a theocratic state. In his constitutional speech of 11 August 1947, he made it clear that religion would have nothing to do with state affairs. But after Jinnah's death, Islam began to be brought into state affairs".
Father Habib reports: "Over the past 72 years, government policies have favored Muslims on numerous occasions, while non-Muslims face discrimination everywhere. Muslims read the Quran from an early age. I do not see why other students should be forced to do it. What this generation really needs is education in values, in the dignity of the person, and this approach must be started right from primary school. We are witnessing the growth of religious fanaticism and intolerance, and measures like this continue to fuel these phenomena. Only if education for authentic human rights is offered will the new generations learn to appreciate and respect all faiths".
Most Pakistani Christians are of Punjabi ethnicity, therefore they are numerous in the province of Punjab, in particular in the city of Lahore, where they represent 10% of the population. Out of a population of over 210 million inhabitants, there are about 4 million Pakistani Christians, almost equally divided between Catholics and belonging to communities of other denominations. Punjab welcomes about 80 percent of Pakistani baptized people. (AG-PA) (Agenzia Fides, 19/6/2020)

EUROPE/ITALY - Between cooperation and diplomacy: Christian realities protagonists of the future of Afghanistan