AMERICA/MEXICO - New tools of discernment for animation, formation and missionary cooperation on the continent 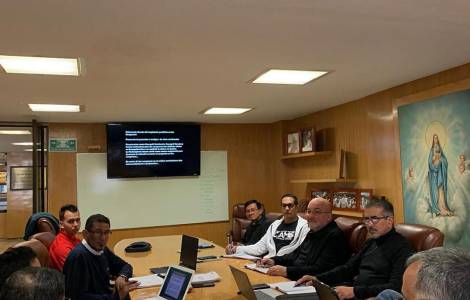 Mexico City (Agenzia Fides) - The first Continental Formation Meeting for professors of Missionology and Ecclesiology is taking place in Mexico City, at the headquarters of the Pontifical Mission Societies (PMS) (see Fides, 14/2/2020), which from 14 to 16 February, professors in the subject, directors, coordinators and other members of the PMS from Brazil, Puerto Rico, Mexico, Argentina, among other Latin American countries, gather together.
According to the information sent to Fides by the PMS of Mexico, which point out that the number of lay people involved in the Missio Ad Gentes in each country is considerable, the dynamic of this seminar are the workshops and round tables for dialogue theme-based, as preparation to a plenary meeting and to a final general contribution, in order to indicate new perspectives to push missionary work throughout Latin America.
Previously, always at the PMS headquarters in Mexico City, on Wednesday 12 and Thursday 13 February, a Commission met which, accompanied by the PMS Continental Coordinator, presented the conclusions of the research work carried out: a study of the Missionary Continental Congresses (COMLA and CAM) which have been held on the continent since 1977. The aim is to compile a report based on two guidelines: the methodology used in the various Mission Congresses and the priority of Missio Ad Gentes, as well as of course deepening the themes, contents, context of each Congress and other peculiar aspects.
The aim of this work is to offer discernment tools at the service of animation, formation and current missionary cooperation across the continent, highlighting errors, successes, challenges and opportunities raised. The participants in this meeting were: Fr. Ender Zapata, National Director of the PMS of Venezuela; Alexis Gil, National Director of the PMS of Colombia, Fr. Luís A. Nahuelanca, National Director of the PMS of Chile, a team from Puerto Rico (location chosen for CAM 6 in 2023) and Fr. Leonardo Rodriguez, National Director of the PMS of Uruguay and Continental Coordinator of America's PMS. (CE) (Agenzia Fides, 15/2/2020) 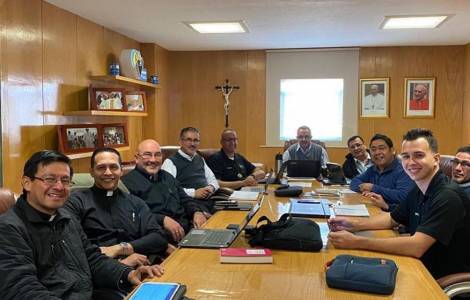