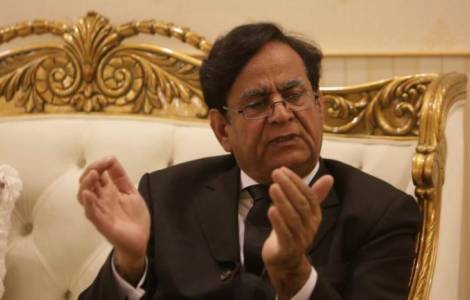 2020-06-20
Pakistan: the Commission for minorities and respect for human rights

2020-06-12
Attack on a Christian family: new episode of discrimination on a religious basis

Rome (Agenzia Fides) - "In Pakistan, lawyers who defend cases of blasphemy are severely attacked, abandoned and isolated. Although the Qur'an defends those who are wrongfully convicted of false accusations, the mentality in Pakistan is heavily conditioned by religious prejudice. In my case, for example, as a defender of the Christian Asia Bibi who was falsely accused of blasphemy, I was accused of 'defending the infidels' and was completely abandoned and isolated. Today I need bodyguards to move around and I could be in the sights of extremists. But I do not regret having committed myself to justice and for the good of Pakistan": says Muslim lawyer Saiful Malook, defender of Asia Bibi, to Agenzia Fides on the occasion of the "International Day of the Endangered Lawyer", which is celebrated on January 24, initiative of the "Day of the Endangered Lawyer Foundation", based in the Netherlands.
The celebration of the Day, now in its tenth edition, in 2020 is dedicated to Pakistan, a country in which in recent years "some lawyers have been subjected to acts of mass terrorism, murder, attempted murder, assaults, death threats, contempt proceedings, intimidation in the exercise of their professional functions", says a note from the Foundation sent to Agenzia Fides. "They were also arrested, detained or tortured and in some cases even family members of the murdered lawyers", he adds. The aggression best known to Pakistani lawyers occurred on August 8, 2016 when terrorists attacked the government hospital in Quetta with a suicide attack that resulted in the death of 54 lawyers who were participating in an assembly nearby. Since then there has been an alarming increase in the number of lawyers killed, with nine victims in the past year.
The Foundation, with other partner organizations, has released a report on the current situation of lawyers in Pakistan, which highlights the difficult situation in which many lawyers live and work. Among them Saiful Malook who, due to death threats received, had to seek protection from the States of the European Union. During the participation in a conference organized in Rome by the Union of Italian Criminal Chambers on January 20, Malook remarked that "in the trials relating to the cases of blasphemy, the defendant lawyers of the accused encounter critical issues and obstacles: there is a very strong religious pressure, judges are afraid and, in the vast majority of cases, they accept the evidence condemning the person accused of blasphemy". Only in the subsequent levels of courts - before the Court of Appeal and the Supreme Court - can one laboriously try to reverse the sentence and bring out the truth, Malook notes, "but you do it at your own expense, taking into account that you can end up in the crosshairs", he notes.
The purpose of the day is to draw public attention to the importance of the profession of lawyer as a defender of fundamental human rights. International Day of the Endangered Lawyer intends to commemorate the massacre that took place on January 24, 1977 in Madrid, when a commando of terrorists broke into a lawyers' office, killing five and injuring four. (PA) (Agenzia Fides, 22/1/2020)

ASIA - Migrants in the grip of Covid-19

ASIA/BANGLADESH - A Bishop: the coronavirus teaches us the lesson of unity and the common good