EUROPE/ITALY - Cardinal Filoni at the 'Perdonanza bibionese': "Christ has tattooed our name on his hands" 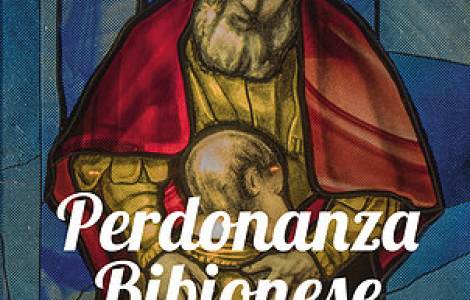 2020-06-02
In time of Coronavirus, the commitment of the Blessed Scalabrini is always present, at the forefront of calamities

2020-05-11
Today, like yesterday: the Camillians at the forefront of the Covid-19 emergency

2020-04-28
The Sisters of Don Orione continue to assist the disabled, minors and the elderly during the pandemic, "now we need help"

Bibione (Agenzia Fides) - "While so many people love to tattoo their bodies, perhaps due to a certain more or less aesthetic exhibitionism, it is nice to think that Christ has tattooed my name on his hands, where he was pierced by nails. It is nice to think that his open palms before the Father remind him of my name and my being redeemed from his mercy". With this unique image Cardinal Fernando Filoni, Prefect of the Congregation for the Evangelization of Peoples, wanted to suggest the source of the mystery of salvation with which the mercy of Christ can give healing and joy to the heart of every human being. This is what he said in his homily in Bibione, in Santa Maria Assunta church, during the inaugural mass of the "Perdonanza bibionese", the special time, dedicated to prayer, penance, Eucharistic adoration and missionary solidarity, which began on Friday 2 August in one of the busiest tourist resorts in Italy, and will end on 16 August.
Cardinal Filoni introduced his homily recalling the opening of the Holy Door in the Cathedral of Bangui, an event that on November 29, 2015 inaugurated the Year of Mercy and saw the participation of the Prefect of Propaganda Fide, accompanying Pope Francis in his apostolic visit to the Central African Republic. "After the Holy Father", Cardinal Filoni recalled, "I was among the first to cross that door, full of emotion. In fact, that gesture of the Pontiff wanted to be prophetic, knowing full well what and how much violence had plagued the Country for years reduced to poverty due to ethnic-religious hatreds, the greed of international businessmen for its natural riches, the corruption of strong, political and financial powers, the greed of the traffickers of gold and diamonds of which that land is rich and, finally, international indifference". The time of the "Perdonanza bibionese" - the Cardinal acknowledged - takes place in a context that is certainly different from that of Bangui. Yet "even here" the Cardinal added "there is spiritual and moral poverty, a sense of forgetting God, religious indifference, the lives of many young people destroyed because of drugs, closed doors that hide lonliness".
The consent to celebrate the first "Bibionese perdonanza" was granted by the Apostolic Penitentiary at the end of the Jubilee of Mercy, at the request of the Bishop of Concordia-Pordenone, Mgr. Giuseppe Pellegrini, together with Don Andrea Vena, parish priest of Bibione, because in the well-known tourist resort, a fraction of the municipality of San Michele al Tagliamento, the second largest beach in Italy in terms of number of visitors after Rimini, could remain a permanent sign of the Jubilee of Mercy. The first Perdonanza bibionese was celebrated in August 2017.
In his homily, Cardinal Filoni underlined that the Perdonanza bibionese "is placed in the wake of similar religious events; historically we remember that of August 28-29 of L’Aquila, wanted by Pope Celestino V and celebrated in 1294; or the oldest one in Assisi in (1-2 August) 1216, granted by Pope Honorius III at the request of St. Francis". In the days of the Perdonanza bibionese - the Prefect of Propaganda Fide recalled that "prolonged Eucharistic adoration, vigils, penitential celebrations, Eucharistic liturgies, missionary solidarity and meetings are the strong moments offered to the Christian population who feels that in their lives they need the tenderness of God and communion in prayer with other brothers and sisters of faith". Citing the Gospel Parable of the Prodigal Son, the Cardinal recalled that "God does not punish, but offers the embrace of forgiveness to the son who had squandered everything and abandoned him; with reconciliation, God recreates, restores friendship with Him and re-establishes healthier relationships with others, thus straightening the back of our existence curved by sins and miseries". The Prefect of the Congregation for Evangelization also dwelt on the singularity that sees the opening of a strong time for the announcement of God's healing in a place of leisure and rest, in the heart of the period usually dedicated to holidays. "This is not", said Cardinal Filoni" a moralistic initiative of the Diocese, as if to contrast something "spiritual" with the apparently dominant "hedonistic materialism". This is a moralistic way of thinking that looks at life only negatively". The "Perdonanza" - pointed out the Cardinal - is rather "an opportunity offered by the Church to those who believe that "man does not live by bread alone" (Mt 4, 4), and feels he is giving a "jubilee" meaning at the time spent here. If you think like this, then rejoice; feel that God loves you; perceive you are loved by God. Rejoice again, your life is precious. Rejoice, because there is a time of God for you too! And this time is now". (GV) (Agenzia Fides, 3/8/2019)

ASIA - The Bishops of Asia: Christians united with other religions on the Day of fasting, prayer and works of charity on May 14

AFRICA/DR CONGO - Xenophobia in South Africa; the Congolese Catholic laity: "No to temptation of revenge"

ASIA/PAKISTAN - The government announces the re-opening of Churches in Punjab: joy among the faithful