AFRICA/MOROCCO - The Archbishop of Rabat: the Church awaiting the Pope follows the steps of St. Francis and Charles de Foucauld 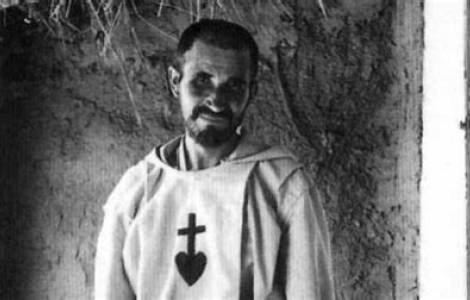 Rabat (Agenzia Fides) - The Church that will welcome the Successor of Peter on an apostolic visit to Morocco "shares the trait of his Spirituality with that of the Good Samaritan, Saint Francis and Charles de Foucauld". This is what Salesian Cristóbal López Romero, Catholic Archbishop of Rabat explains to Agenzia Fides, outlining the characteristics of an ecclesial structure "not self-referential, a Church that works not for itself, but at the service of the Kingdom of God".
The first feature that Archbishop Cristóbal suggests to pay attention to is free and working charity: "In the structures of Moroccan public health there are 27 workplaces reserved for Catholic religious sisters. Once an official told me that this presence of the sisters "is part of the intangible heritage of Morocco".
The work of the Church of Rome in Morocco is also expressed in the daily work of the 15 Catholic schools, where 800 Muslim professors contribute to the formation of 12 thousand students, all of whom belong to Muslim families. "Unfortunately", adds the Catholic Archbishop of Rabat "Our schools do not have public subsidies, and this makes it difficult for us to be able to work for the students of the poorest families. But the level of the educational project pursued in our schools is approached by everyone. And the joint work of Christians and Muslims in the field of education, health, social promotion, in favor of the emancipation of women and the abolition of child labor represents a concrete way to realize interreligious dialogue and walk in time towards the Kingdom of God, who reveals himself to the little ones".
In Morocco – emphasizes the Salesian Archbishop - the Church lives in peace, feels well-liked and works freely. Caritas, in the dioceses of Rabat and Tangier, supports the "Kantara" project (which means "Bridge") in favor of migrants in need (those who are ill, minors, people with mental health problems and pregnant women). Every year at least 20 thousand migrants from sub-Saharan Africa pass through Europe and are assisted by Caritas Marocco. Their "temporary" stay can last weeks, months, years, depending on the case. And there are also those who settle forever in the "transit" Country. The Caritas of Rabat has nearly a hundred employees, whose work is highly appreciated by the authorities, so much so that the governmental apparatuses have asked the Caritas personnel to contribute to the training of state officials engaged in the field of social emergencies". Also through Caritas - adds the Archbishop of Rabat - the Church of Morocco wears the clothes "of the good Samaritan, who takes care of the wounded without even knowing his name, without asking why he is in that condition".
The arrival in Morocco of many students from the countries of sub-Saharan Africa has called the local Church into question also on a strictly pastoral level. The course to prepare for baptism lasts three years, and in the summer there are training camps for groups of 30-40 young people who want to deepen their belonging to the Church also on a theological and liturgical level. "The pastoral work directed at young people from other African countries is carried out without problems. They are already Christians, or they want to become one, there is no "proselytism"," emphasizes Archbishop Cristobal. After the colonial experience, even the historical events led the Moroccan Catholic community to prefer what the Salesian Archbishop defines as the "spirituality of incarnation", following the example of the years lived by Christ before his public life: "we too", emphasizes the Archbishop of Rabat "live incarnation as a Church among the Moroccan people. We walk in the footsteps of St. Francis, who invited his followers to confess Christ first of all with the testimony of life, and if needed, even with words.
We also walk in the wake of Blessed Charles De Foucauld. I think of small communities of religious who live alone in villages and neighborhoods among Muslims, without other Christians, well-liked by everyone. This is our tradition, which we must not lose, and which we can offer as a gift to the universal Church, also with regard to relations with our Muslim brothers". In the confidence that even with these discrete forms of presence, the Church manifests itself "as a sign, sacrament and instrument of the Kingdom of God. Not as a self-referential reality, but as a means". With a gaze on the intimate nature of the apostolic work that also opens to communion with other Christians (as also witnessed by the ecumenical theological institute born of the collaboration between Catholics and Evangelicals). (GV) (Agenzia Fides, 29/3/2019)