ASIA/PAKISTAN - Asia Bibi is out of jail, in a safe place 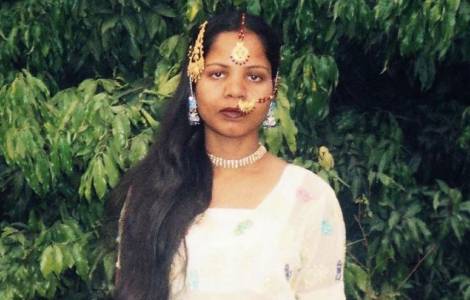 Islamabad (Agenzia Fides) - Asia Bibi, the Christian woman condemned to death for blasphemy and acquitted by the Supreme Court of Pakistan on October 31, has been released from prison and is in a safe and secure place. Prison authorities released her on the evening of 7 November. In conditions of maximum security, the woman was taken, by air, from the prison of Multan, where she was, to the capital Islamabad, and then transferred to a secret and safe place. Zawar Hussain Warraich, director of prisons in the province of Punjab, confirmed: "Normally we receive orders to release prisoners two days after the court ruling. In Asia Bibi’s case, the order was issued late and arrived at the penitentiary on 7 November".
The acquittal of Asia Bibi by the Supreme Court has generated protests that brought thousands of radical Islamic groups militants to take to the streets and block the whole country for three days. Saiful Malook, Asia Bibi's lawyer, after threats received, left for Holland for security reasons. Malook said, according to his information, that he was preparing Asia’s and her family’s expatriation. The Ministry of Foreign Affairs of Pakistan denied the news, according to which Asia Bibi had already left the country, confirming instead that the woman was released from prison but still in Pakistan. Mohamed Faisal, spokesman for the Pakistani Foreign Ministry, reported that Asia Bibi "is a free citizen", but she will leave the country if the Supreme Court rejects the request for the revision of the verdict, presented against her acquittal.
After her release, the religious parties Muthaida Majlis and Amal (MMA) and Jamat-e-Islami have announced new protests in Karachi for today, Thursday 7 November, and for tomorrow.
Christians in Pakistan and around the world appreciated the decision of the Supreme Court and the release of Asia Bibi: "All of this is the fruit of God's mercy. We are grateful to God, to the judiciary and to the Pakistani government for Asia Bibi’s release", says to Fides Urooj, a young Christian human rights activist.
Fr. Mario Rodrigues, a Catholic priest from Karachi, told Fides: "We are happy for Asia Bibi. As Christians we always support the rule of law, justice, legality, peace, because we love our country. We want to underline today also the profound testimony of the Christian faith that Asia Bibi has given us: an innocent woman, for many years in prison, who has not cursed her history but has forgiven her persecutors and lived imprisonment in constant prayer". (AG-PA) (Agenzia Fides, 8/11/2018)

ASIA/PHILIPPINES - The Silsilah movement: the culture of dialogue and peace begins with children