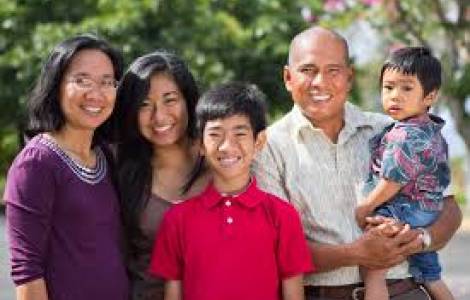 Manila (Agenzia Fides) - More than 77 Catholic organizations across the country have expressed their strong opposition to the divorce bill in the Philippines (identified as House Bill 7303). As Agenzia Fides learns, a forum of Catholic movements has drawn up a document entitled "No to divorce: it is unconstitutional, it is contrary to Christian faith and is anti-family and anti-children", by spreading it in schools, community parishes, associations.
The Philippine Constitution (article XV, section 2) states that "marriage, as an inviolable social institution, is the foundation of the family and must be protected by the State". The State, reads the document sent to Fides, "has the task of protecting rather than weakening marriage as a social institution".
In addition, associations note, divorce violates the Christian doctrine on the sanctity and indissolubility of marriage: "Our current laws already allow marriage to be declared void or voidable. Cancellation is permitted under certain circumstances. With the annulment, we certify that there is no valid marriage, due to a psychological inability of the spouses to carry out marriage obligations; a condition which also existed at the time of marriage. In divorce, at the beginning there is a valid marriage, but because of one or more reasons, marriage breaks up", explains to Fides Rey Cordero, a member of the Christian Family Movement. "Marriage is not just a contract, it is a sacrament, it is a covenant before God. It is a sacred union between man, woman and God in order to establish a family", he adds.
"Divorce does not solve problems, it breaks families, children are the victims of every divorce, they will suffer more than their parents, the separation of parents inflicts a persistent emotional and psychological impact on children, which they often carry in their adult lives", notes Maria Clara Castro, a Catholic from Cebu (Central Philippines), of the Catholic Charismatic Community of the Sacred Heart. "Divorce has a tremendous effect on the tranquility and happiness of the whole family", she adds, "the divorce virus could be transmitted from parents to their children who, once married, can choose divorce as an easy way out in case of marital crises. This destroys family and the moral fiber of our society as a whole", says Castro.
The House of Representatives concluded and approved the third and last reading of the law, before Holy Week. The bill will be sent to the Senate that could discuss it in the month of August.
However, several senators have already said that they do not intend to approve it. The president of the Philippines, Rodrigo Duterte, also expressed his disappointment with regards to the bill, noting that it is a provision which is "harmful for children", but he also said that he will leave Congress the responsibility to express and decide on the issue. Pro-family movements are hoping that Duterte will not sign the law, should the law be approved by Parliament. At this stage the Episcopal Conference of the Philippines and several priests have urged lawmakers to reject the divorce law. (SD) (Agenzia Fides, 7/4/2018)

AMERICA/CUBA - Vocations, families, synodal journey among the topics addressed by the Bishops in the Plenary Assembly

ASIA - The implications of the war in Central Asia: between ethnic-linguistic divisions and new arrivals from Russia