EUROPE/RUSSIA - The Church promotes the evangelical perspective of reconciliation, on a social and international level 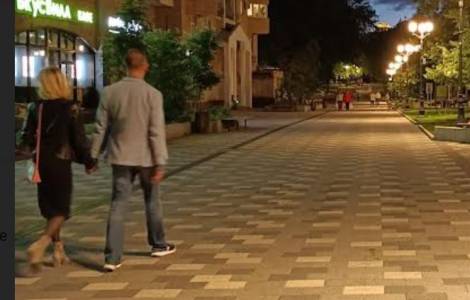 Moscow (Agenzia Fides) - "It is possible to make our own the new perspective of reconciliation that Christ proposes to us in all circumstances: from the simplest and most daily to the most serious and decisive for the future of all humanity". Thus Msgr. Paolo Pezzi, Metropolitan Archbishop of the Mother of God in Moscow, commented in yesterday's homily at the Eucharistic celebration, on the passage from the Gospel of Matthew (Mt 5, 20-26) in which Jesus says: "If your righteousness does not exceed that of the scribes and Pharisees, you will not enter the kingdom of heaven".
Offering the faithful a profound and current interpretation of the Gospel text, Bishop Pezzi observed: "We have heard the words of Jesus. They are simple, but not easy. They are never easy, because they ask us to abandon our way of seeing things: perhaps it is a correct way, but He asks us for another look, another perspective. It is surprising that Jesus does not say: 'If you have something against your brother, reconcile with him'; but he says: 'If your brother has something against you, reconcile with him". The Archbishop went on to explain that this is the reverse perspective that Christ asks us to take: "Christ asks us to leave our human securities and convictions and enter a perspective that can reconcile us first with ourselves, then with God and with all our other brothers and sisters. And he says that if we do not enter into this perspective, we will hardly be able to convert". With these words, Msgr. Pezzi wanted to point out a path that apparently seems insurmountable, underlining on the one hand the paradox of the words and example of Jesus, and on the other hand the need, for the good of people and of humanity, to assume an authentic perspective of reconciliation, at all levels, from the domestic to the international: "Certainly it is not easy. The Pope advises spouses to forgive each other before going to sleep, and to do so regardless of how conscious one is of one's mistakes. It is not an untenable demand of God. We can do it, because God himself decided to enter into this perspective: he decided to climb the cross himself, who was not guilty of anything, taking the first step. He did not say: 'Go and forgive'; but he said: 'Come with me and forgive', He himself showed us how to follow him on the path of reconciliation". The reflection acquires a special value not only because of the current historical contingency, in which the search for dialogue and reconciliation between Russia and Ukraine seems to be the only way for the common good, but also, in the social field, as a call to fidelity in married life. In fact, Russian civil society is strongly affected by the consequences of the state atheism established by the Soviet regime. After the October 1917 revolution, a series of measures were adopted against the institution of the family, based in the Tsarist era on the sacrament of marriage: among others, the recognition of the legal value only of civil marriage; life in communal houses; the programmatic dissolution of Christian morality, with the consequent phenomenon of the "bezprizornye", that is, the minors who roam the cities without parental figures of reference. All this has contributed decisively to the deconstruction of civil society in Russia and in the countries of the former USSR, which is why the number of divorces in Russia is incredibly high. According to the latest available data, between January and May 2021, the percentage of divorces registered in the Federation increased by 44% compared to the same period of the previous year, the highest figure in seven years. In addition, the Catholic information portal "Ruskatolik" published a Russian translation of an article published on the "Aleteia" website, which lists 14 tips addressed to Christian spouses, to try to overcome everyday difficulties together and raise their children in the beauty of a love that, with God's help, can last forever. By insisting on the need to reconcile with one's neighbor at all levels, personal, community, social and international, the Catholic Church today makes a substantial contribution to the construction of Russian civil society. (CD/PA) (Agenzia Fides, 10/6/2022)