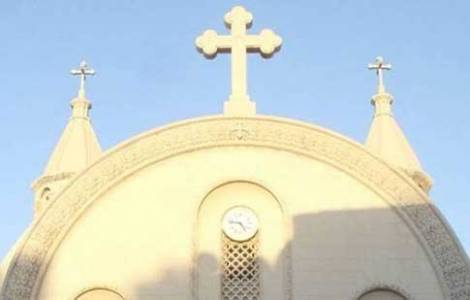 Cairo (Agenzia Fides) - The Egyptian government has provided full legal certificates to 53 churches with annexed service buildings already built before the new law on the construction of Christian buildings of worship passed by the Egyptian Parliament on August 30th 2016. A meeting of the government Commission set up specifically to conduct a census and examine the legalization of church buildings built before 2016 ratified the full compatibility of the 53 "legalizied" places of worship with the parameters defined by the new legal provisions. The Egyptian Premier, Sherif Ismail, in addition to technicians and representatives of the ministries of construction, interiors and justice, took part in the meeting, which took place on Monday 26 February.
The 53 legalized" churches represent only a first "block" of the more than 3 thousand Christian places of worship that must be taken into examination by the Government Commission to verify whether they meet the standards established by the new law.
In past decades, many of the Christian places of worship to be submitted to the assessment of the Government Commission were built spontaneously, without all the necessary authorizations. In some cases, these buildings built by local communities were used as a pretext by Islamist groups to foment sectarian violence against Christians.
The law on places of worship, approved at the end of August 2016 (see Fides 23/8/2016) represented for the Egyptian Christian communities an objective step forward with respect to the so-called "10 rules" added in 1934 to the Ottoman legislation by the Ministry of interior, which forbade inter alia to build new churches near schools, canals, government buildings, railways and residential areas. In many cases, the rigid application of those rules had prevented the construction of churches in cities and towns inhabited by Christians, especially in the rural areas of Upper Egypt.
The law approved in August 2016 already prefigured the establishment of an ad hoc commission called to verify the compatibility with the new legislative provisions of the buildings of worship and of the buildings of the different Churches and Christian communities built in previous years (see Fides 3/2/2017). Before August 2016, and in the absence of precise legislative references, the different Churches and Christian communities, in order to meet their own pastoral needs, had built buildings - buildings of worship, but also houses and premises for collective use that often still result without the specific licenses now contemplated by the current legislation.
The legal representatives of the various Christian Churches were asked to provide the Commission in charge, by September 2017, with a list of the properties belonging to the different ecclesial communities, to assess their congruence with the general laws governing the construction of public and private buildings, and proceed to their eventual "legalization".
In the various ecclesial communities, involved in the census operations of the buildings in question, some concerns circulated about the future management of the entire dossier by the government apparatuses: "We hope", said the then Botros Fahim Awad Hanna, Catholic Coptic Bishop of Minya to Agenzia Fides, "they know the reality of the different situations in the individual regions, that the destinations of the buildings, which often carry out functions serving the entire local population, and not just Christians, are taken into account". (GV) (Agenzia Fides, 1/3/2018)