ASIA/PAKISTAN - Debate to amend the blasphemy law in Senate 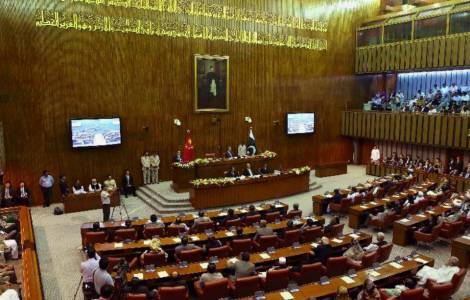 Islamabad (Agenzia Fides) - The debate to amend the controversial "blasphemy law", composed of the articles of the Penal Code that punish with life imprisonment or the death penalty insults against Islam has begun in the Pakistani Senate. It was Muslim Senator Farhatullah Baber, a member of the Pakistan People's Party and representative of the Special Committee of the Pakistani Senate on human rights, to introduce the theme to look for ways to stop the abuse of the law.
The new attempt to discuss the matter in Parliament comes a decade after parliamentary Minocher Bhandara, a Zoroastrian, presented in 2007 a bill with amendments to the blasphemy law. The proposal was immediately blocked by the then Minister for Parliamentary Affairs, Sher Afgan Niazi, for fear of offending the feelings of Muslims, appealing to the principle that "no law should contradict Islamic law".
In 2010, then, it was the parliamentary Sherry Rehman of the Pakistan People's Party who submited a new bill to amend the blasphemy law, but was threatened with death and forced to withdraw it.
After the assassinations of the Governor of Punjab, Salmaan Taseer, and Catholic federal minister, Shahbaz Bhatti, who took up the case of the Christian Asia Bibi, sentenced to death for blasphemy, the debate was completely silenced. Now it is Senator Farhatullah Baber who has reintroduced the issue in Parliament.
However attempts to stop the possibility of amending the law has been registered: lawyer Nadeem Siddiqi yesterday presented a recourse to the High Court of Lahore criticizing Senator Babar and asking the Court to stop the debate, because "Parliament cannot make a law contrary to the Islamic principles". The Court should respond within two weeks.
"The misuse of blasphemy hurts many innocent people, of all faiths, and often turns against Christians and other religious minorities. Hundreds of Pakistanis have been in prisons for years for crimes they never committed. Asia Bibi is perhaps the best known example of the way this law is used to target minorities", says a note from the NGO "Centre for legal Aid, Assistance and Settlement" (CLAAS), sent to Fides.
"The blasphemy law clearly violates international human rights such as the right to life, freedom of belief, freedom of expression and conscience: it is urgent to realign Pakistani law with international treaties ratified by the government of Pakistan", said Christian lawyer Nasir Saeed, head of CLAAS. "All of us who are opposed to the blasphemy law in Pakistan – he continues - are called to pray for the protection of those who expose themselves in Parliament, so that the Commission's efforts are fruitful and the government commits itself to changing the blasphemy law, stopping its misuse. By reforming this law, Pakistan will demonstrate to the world that it is a responsible nation that cares for minorities and believes and promotes equality, peace and justice", he concludes. (PA) (Agenzia Fides 24/01/2017)

ASIA/PAKISTAN - Pakistani Christian acquitted after seven years: Justice is now being sought for the violence committed at Joseph Colony