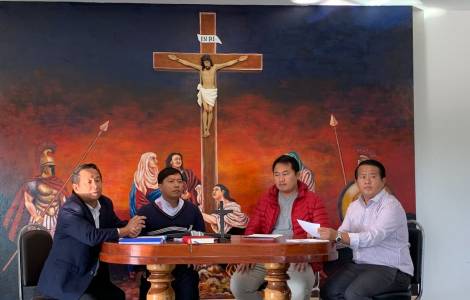 Chiang Mai (Agenzia Fides) - A new training center dedicated to Hmong catechists, called the "International Hmong Center", intended to serve the Catholic population of the Hmong ethnic group, was inaugurated in Chiang Mai, in Northern Thailand. About five hundred people, mainly Hmong, from Vietnam, Laos, China, Thailand and the United States attended the opening event, which took place on January 14th.
Msgr. Francis Xavier Vira Arpondratana, Bishop of Chiang Mai, reported that the International Hmong Center will be a very important pastoral and study center for the life of the Hmong community in Thailand and other Southeast Asian countries.
Three full-time catechists currently reside in the Center, while others support them on weekends with pastoral care and visiting villages and communities of the region's Hmong ethnic group, which numbers about 250,000 in Thailand. Bishop Francis Xavier Vira Arpondratana praised the catechists "for the strength and perseverance to carry out this task, believing that God has called them. In the future, the Hmong people will have another instrument for evangelization, and believers in the lay ministry of the catechist are the protagonists".
The center also accepts young Hmong people for study and training purposes: "They are the future, come with us to the villages to see how people who share a way of life live and testify to the faith ", says the catechist Metha Seansrichophan, who runs the center.
The Hmong ethnic group numbers more than four million people worldwide, mostly living in the mountainous regions of Southeast Asia and southern China, while about 300,000 Hmong are resident in the United States and also form a diaspora community in Europe and Oceania.
The Hmong are proud of their culture, tradition and language. The preaching of the gospel among the Hmong is relatively new as their communities generally live in very remote areas. The American missionary Father Harry Thiel (1930-2006), one of the first Redemptorists to live among the Hmong tribes in Thailand, recognized the difficulty of awakening priestly and consecrated life vocations among this people, because families did not allow young people to leave their homes to study and it was culturally difficult for the Hmong to accept a belief that was not linked to their own culture and tradition. Father Thiel therefore decided to focus on the collaboration of catechists: the faith, according to Father Harry, can grow in the Hmong communities thanks to a network of catechists who do not leave their families, live in the villages and act as evangelical leaven in the mass. Metha Seansrichophan's experience confirms this intuition: Metha wanted to be a missionary and became a close associate of Father Harry. Father Harry also came up with the idea of creating a center where catechists could complete their training, live in a community and continue the work of proclaiming the faith. The Hmong communities, viewing these catechists as members of their own community, listened and many Hmong began to be baptized.
The educational center that has now opened was financed with donations from abroad, which enabled the Catholic Church in Chiang Mai to buy a plot of land and erect a building on it.
Father Harry Thiel died in 2006 but his legacy remains in this group of catechists and in this mission of evangelization. In 2006, Father Chakrit Micaphitak, a young Hmong who, inspired by Father Thiel's life, joined the Redemptorist Congregation, was ordained a priest. (PA) (Agenzia Fides, 19/1/2022) 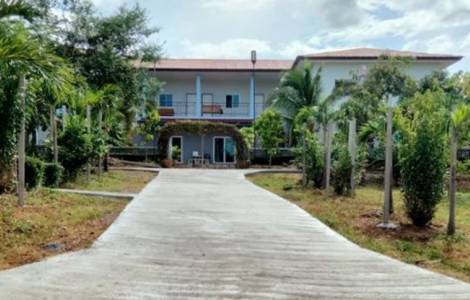 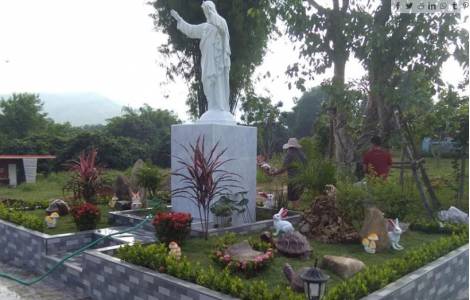