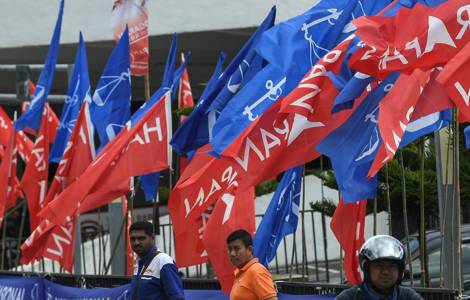 Johor (Agenzia Fides) - "When we elect corrupt politicians we become accomplices. We become accomplices of evil when we pretend to be blind, deaf or dumb in the face of evil. We therefore ask all young people in particular: Vote based on your conscience. As a voter, be proud of your contribution": these are words expressed in a letter addressed by Bishop Anthony Bernard Paul, of the diocese of Melaka-Johor, ahead of Malaysia's general elections to be held in Malaysia next November 19.
"We are called to show the character of Christ. Let us free ourselves of all malice, deceit, hypocrisy, envy and slander of all kinds," said the bishop in the letter distributed in the parishes of the diocese and sent to Fides. "We are called to treat all people with dignity, to show respect to all and to fear God. Regardless of skin color or culture, origin or political beliefs, every human being is created in the image of God and deserves honor and respect," the bishop continued and calls for avoiding any polarization during the election campaign.
"We are called to do good", he adds, "while elections focus on rights, God calls His children to focus on responsibilities. As Christians, we are called to do good so that the world sees our good works and glorifies our Father in Heaven, knowing that we will be accountable to God for how we have lived on this earth. We are called to be peacemakers and builders of bridges". Finally, the Bishop recalls that "we are called to place our hope always in Christ and in the Gospel".
Around 21 million Malaysian citizens are called on November 19 to elect the members of the
Lower House ("Dewan Rakyat"), which has a total of 222 seats. To form a government, a coalition must achieve a majority of 112 seats. According to observers, the nationalist "United Malays National Organization” (UNMO) of the current Prime Minister Ismail Sabri Yaakob has a good chance of winning the elections, especially since the opposition is very fragmented. Yaakob dissolved parliament last October 10 and called early elections (the election was not supposed to be held until the take place during 2023), declaring his intention to "end years of political uncertainty".
The political crisis began in 2020, however, when members of the Malaysian United Indigenous Party withdrew support from the governing coalition, causing the government of then Prime Minister Mahathir Mohamad to lose its majority. Political instability continued with the formation of two new governments, most recently in August 2021 with a new government led by Ismail Sabri Yaakob who has now called for
an anticipated election.
Malaysia, a federally organized state, also includes the states of Sarawak and Sabah on the island of Borneo (the rest of the island belongs to Indonesian and the small nation of Brunei), where the "Sarawak Association of Churches", an ecumenical forum in the same name State, has called on Christians to choose responsible political leaders: "The Lord entrusts us with the responsibility of civil administration so that we may work for the good of all," wrote the forum chaired by Archbishop Simon Poh of Kuching. The message urges citizens to vote for candidates who are "capable and competent, transparent, trustworthy, have integrity and fear of God, and want to do the right thing according to their conscience." Christians also express concern for the poor, the weakest and most vulnerable and hope that society will always have "a sense of justice and equality, which rejects all religious fundamentalism and protects harmony".
Of the approximately 32 million inhabitants of Malaysia, 60% are Muslims, 20% Buddhists, 10% Christians, 6.3% Hindus and other local minorities.
Among the 13 states of the Federation of Malaysia, about two thirds of the entire Christian population of the country are concentrated in the states of Sarawak and Sabah. (PA) (Agenzia Fides, 11/11/2022)