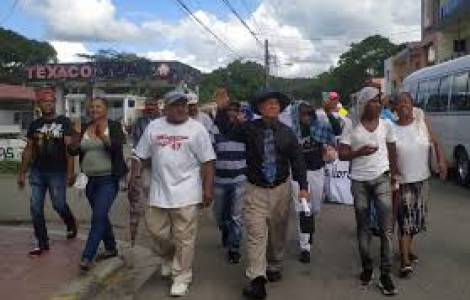 2023-01-24
The synodal path is not just "walking together", but with Jesus, in Jesus, from Jesus and toward Jesus

2023-01-11
Birth of the Association of Catholic Universities, for a greater presence of the Church in society

2022-10-10
Committed to proclaiming and living the value of honesty in the family, in education and in society

Santo Domingo (Agenzia Fides) - The Episcopal Conference of the Dominican Republic (CED) calls on the entire Dominican people to participate in the X National Population and Housing Census, which the State will carry out in the country from November 10 to 23, 2022. "We must become aware of the importance of the census as an essential tool to organize and structure public policies with a view to the common good, for the benefit of our communities and the most vulnerable," they write in a message published yesterday.
The bishops ask for everyone's collaboration. In addition, they hope that the information collected on this occasion "contributes to the creation of true public policies, in order to reduce poverty, the wave of violence, crime and anti-values that affect so many families in our country." The message concludes with this exhortation: "As pastors, we bless you and invite you to exercise citizenship in this census in a responsible manner, for the benefit of everyone's quality of life."
Yesterday, at the National Palace, the President of the Republic, Luis Abinader, together with Vice President Raquel Peña, attended a working lunch with some bishops. According to information collected by Fides Agency, the President illustrated to the bishops the plans and projects that the government is carrying out throughout the Dominican Republic, they also reviewed some issues of national interest, including the population census to be carried out in the country.
Luis Rodolfo Abinader Corona, politician, economist and businessman, is the 67th President of the Dominican Republic. Candidate of the Modern Revolutionary Party, he won the 2020 general elections and was sworn in on August 16 of the same year. Abinader is the first President born after the Trujillo dictatorship, since he was born in Santo Domingo on July 12, 1967.
In recent years, the Dominican Republic has been one of the Latin American countries with the highest and most constant economic growth, thanks to political stability and international agreements. The sectors that have contributed the most to growth are agriculture, construction, commerce and tourism.
But the Covid-19 pandemic has affected this pace of growth, in addition to the fact that the gap between the poor and the rich remains high, and the situation of Haitian immigrants who work on sugar cane plantations for little pay is worrying. They live in groups of shacks without running water or electricity, subjected to inhuman conditions and without documents, deprived of health care and the possibility of attending school.
The bishops have repeatedly highlighted major national issues that need to be resolved, and have called on political leaders and legislators to make a decisive commitment. Among them, the scourge of corruption, the lack of transparency and honesty that plagues the Dominican people and that has reached the highest levels of politics and the army. In its message published on Independence Day, the Dominican Episcopal Conference called for the approval of a criminal code in which the criminal is convicted and the innocent are protected; wisdom and austerity in the management of common goods and high sensitivity to distribute them with justice; work for the human and economic growth of the country, so that people, especially young people, are not forced to emigrate; care for and help the most vulnerable citizens; regulate the phenomenon of immigration; and pay special attention to the family, threatened in many ways (see Fides, 26/2/2022; 10/10/2022). (SL) (Agenzia Fides, 9/11/2022)