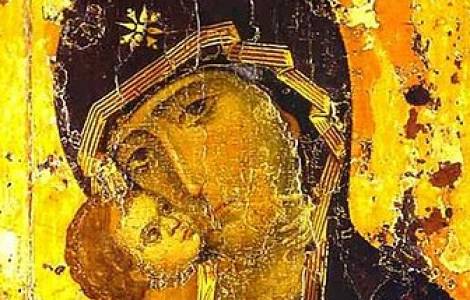 Milan (Agenzia Fides) - While in the heart of Europe death and destruction continue to be sown among peoples united by the same faith in Christ, in Milan a study conference dedicated to His Mother, the Virgin Mary, will see the participation of speakers and scholars from Slavic and Western European countries, including Russia and Ukraine.
The symposium is entitled 'The Mother of God in Slavic cultures', and will be held from October 6 to 8, at the initiative of the Slavistics class of the Ambrosian Academy of Milan, which thus celebrates its eleventh Dies academicus.
During the four sessions of the conference, the subject will be approached from different perspectives (liturgical, iconographic, devotional, literary and philosophical) and valuable reflections will be offered for their scientific, theological and cultural value. Speakers include: Aleksander Naumow from Poland, Shumilo Svitlana from Ukraine, Maria Pliukhanova from Russia and Maria Candida Ghidini from Italy.
The conference, which had been in the pipeline since before the pandemic, now takes on a unique meaning after the tragic war in Ukraine has hindered research and contacts between scholars from different countries promoted by the academies.
"The lack of cultural exchange in a situation of armed conflict is, in fact, an incentive for distancing and estrangement between people. Even when international conditions lead to penalize cultural dialogue, we must remember that culture, by its very nature, tends to meet people", says Msgr. Francesco Braschi, director of the Slavistics class at the Ambrosian Academy. "Even in conflict situations - continues the priest - it is necessary to safeguard and support the contribution of those, and there are many, who will be an asset at the end of the war, and who would now experience isolation or shame, often undeserved as individuals, which can only make the situation worse".
The Academy, which together with the Pinacoteca and the Library now forms the Venerable Ambrosian Library, has decided to continue and maintain existing relations with the cultural institutions of the Slavic countries, including those of the Ukraine and the Russian Federation. This decision is in continuity with the history of the Biblioteca Ambrosiana, founded by Cardinal Federico Borromeo in 1607, at a time tragically marked by religious wars between Catholics and Protestants in Central and Eastern Europe. "Precisely in this context - Monsignor Braschi continues - our founder wanted the Doctors of the Library to correspond with other scholars belonging to confessions or state entities in conflict situations and, whenever possible, visit them personally. What was once a valuable insight of Federico Borromeo has a prophetic value for us today. Of course, this is by no means to encourage any kind of belligerent attitude. Nor does it mean not being careful that cultural activities do not include propaganda or mystification. However, at the same time, it is necessary to stand firm on the principle that encounters with others always have an important value".
Founded in 2008 to promote encounter and dialogue between different peoples and cultures, in continuity with Cardinal Federico Borromeo's project, the Ambrosian Academy is heir to two previous academies, already active in the Ambrosian Library (the Academy of San Carlos Borromeo and the Academy of Sant'Ambrogio). It includes, in addition to that of Slavic Studies, other seven kinds of Studies: Borromean, Ambrosian, Greek and Latin, Italian Studies, Far Eastern Studies, Near Eastern Studies and African literatures and Cultures. (CD) (Agenzia Fides, 5/10/2022)

VATICAN - The Second Vatican Council, the mission and the Church of the First Millennium