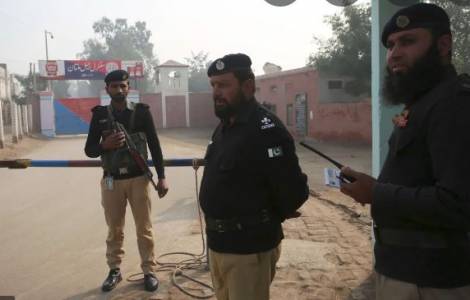 Lahore (Agenzia Fides) - Anwar Masih, a 57-year-old Christian in prison since June 2020 for blasphemy, "is an innocent man, victim of false accusations. We are surprised by the Court's decision to reject the request for bail". The case concerning him "is a classic case where a dispute between members of the same family is turned into a case of blasphemy", says to Fides Joseph Jansen, president of the organization "Voice for Justice", which tracks cases of people victims of judicial errors in Pakistan. "The misuse of blasphemy laws must be discouraged. In this case, as in others, the life of the person and his relatives is turned upside down: everyone enters a state of fear of being killed at any moment. Anwar had learned that his wife and daughter had converted to Islam in the year 2017 without informing him, and since then a division has been created in the family that has led to this situation".
According to the reconstruction of "Voice for Justice", Anwar Masih only learned in 2020 that his wife and daughter had converted to Islam and that his daughter was preparing for an Islamic marriage. During a dispute, Anwar Masih's wife turned to police officers for help and mediation, but the police instead filed a report accusing Anwar under Article 295 C of the Pakistani Criminal Code (one of the articles of the so-called "blasphemy law"), for allegedly insulting the prophet Mohammed.
Since then, Anwar Masih's other Christian family members such as his son Imran Masih have been living in fear and have received threats and intimidation with an invitation to convert to Islam. "Now we live in hiding, but we are firm in our Christian faith and remain faithful to our God", says the young man.
Anwar Masih's lawyer, Abdul Hameed Rana, said: "It is clear that the blasphemy law was used for a personal settling of scores". Among other things, Anwar's daughter and son-in-law, a Muslim, denied the charges against Anwar Masih, stating that "the complaint is filed without our consent" and asserting in court that the man "never pronounced blasphemous words, whether in personal interaction or on the phone". Despite this, the court refused bail.
In early September, the Supreme Court of Pakistan asked the officials concerned to exercise "the utmost caution and care" in handling cases of blasphemy (see Fides, 14/9/22).
According to the National Commission for Justice and Peace (NCJP) of the Catholic Bishops of Pakistan, six Christians accused of blasphemy were released on bail in 2022 (see Fides, 9/1/2022).
According to the Center for Social Justice, 1,949 people have been charged under blasphemy laws between 1987 and 2021. Among them are 928 Muslims, 643 Ahmadis, 281 Christians, 42 Hindus and 55 citizens whose creed is unknown. (PA/AG) (Agenzia Fides, 19/9/2022)