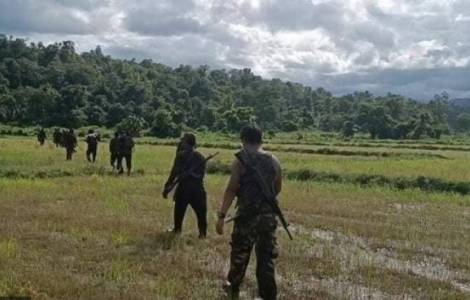 Pekon (Agenzia Fides) - The civil conflict in Myanmar does not stop at churches and other places of worship. According to local sources from Pekhon Diocese, Myanmar Regular Army troops occupied the Catholic Church of the Mother of God in the small town of Moebye in Pekon Diocese (east-central Myanmar) for four days, from September 8 to 12).
There is fierce fighting in the area between the Burmese army and the resistance fighters of the so-called People's Defense Forces, whose ranks are mainly young people who have been fighting against the military junta since the February 1, 2021 coup d'état. Moebye is a small village consisting of around 500 houses and a total population of around 2,000, all of whom are Catholic. It lies on the border between the states of Shan and Kayah and is strategically located on the road from Loikaw, (Kayah state) to Taunggyi (Shan state).
"The soldiers chose the church as their base because they knew that the young people would not attack them, that is, out of opportunism and to save themselves", Father Julio, a local parish priest, told Fides. "But not only did they dirty and devastate it, breaking statues and furnishings: before leaving the building this morning, they riddled it with anti-personnel mines and hid them everywhere, on the floor, in the benches, behind the sacred books, causing harm. These are heinous, disrespectful acts that we condemn. We ask that the churches be kept out of the conflict," the parish priest said. Today, young people and Catholic volunteers are busy cleaning and clearing the building and surroundings of the church with great care
As local sources tell Fides, in some areas of the country, such as the north, there are fierce battles between the army and the resistance forces, some of which are aligning themselves with the armies of ethnic minorities. Elsewhere, even the largest cities like Yangon, Mandalay and Pathein are experiencing low-intensity conflicts, with groups of youth attacking military checkpoints, army vehicles and police stations.
"We have no security, although the military junta has announced that it will ease restrictions on social and civil life," Joseph Kung, a Catholic from Yangon and director of a private university institute, tells Fides. "More than a year and a half after the coup, people are weary of the conflict and want to return to normal life. As Catholics, we continue to hope and pray and follow our Pastors who invite us to live this time of suffering and trial in faith, to lead us down the path of non-violence and to ask for justice and peace". (PA/JK) (Agenzia Fides, 13/9/2022) 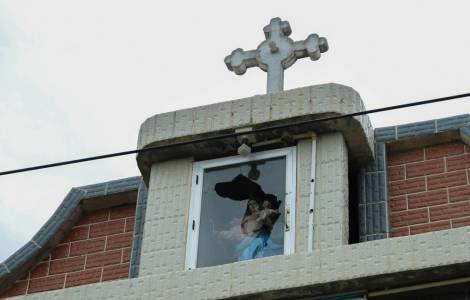 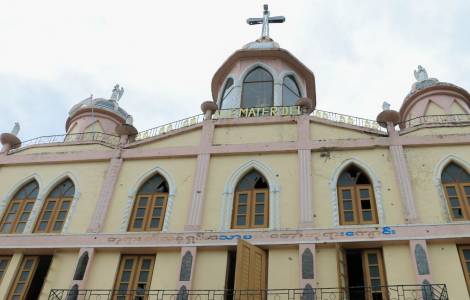 ASIA/MYANMAR - The Bishops: prayer and action to face the political crisis and build peace