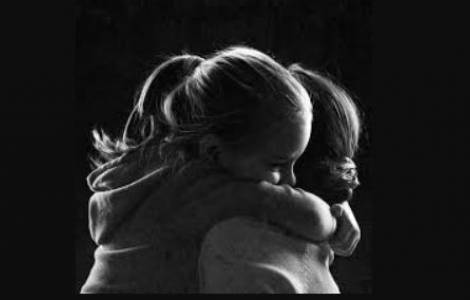 St. Petersburg (Agenzia Fides) - "Participation in these seminars helps people to face the pain of loss and to entrust it to God, re-elaborating the loss of an aborted child, reconciling with oneself and with God". This is how Sister Anna Zakharova FMM speaks to Agenzia Fides about the seminar organized in Russia by "Rachel's Vineyard", an international Christian work spread in more than 40 countries of the world, which offers a pastoral and spiritual experience addressed to those who, women and men, have suffered a trauma related to the practice of a voluntary or spontaneous abortion and to those who live in their family the mourning for the loss of a child before birth.
From September 9 to 11, the formation and spirituality meeting is taking place in the Franciscan monastery of Saint Anthony, in Saint Petersburg. In an atmosphere of great confidentiality, with the assistance of a psychologist and a priest, the participants experience moments of individual and group reflection. The three-day event has reached its third edition in St. Petersburg. In addition, in the last 20 years it has been held several times in other cities of the Russian Federation (Magadan, Ussurijsk, Novosibirsk, Krasnoyarsk, Kemerobo, Moscow). According to information from Agenzia Fides, another six events of the same type are planned in various places in the Russian Federation until the end of 2022. "In my family there has been more than one case of abortion and it is a pain that also marks people of my environment, which I also carry in my heart since childhood. By attending a seminar like this, the Lord has healed me, taking away an unbearable feeling of guilt and giving me the opportunity to rejoice again at the chance to live", says to Agenzia Fides Sister Anna, in charge of organizing the meetings in St. Petersburg.
Soviet Russia, in 1920, was the first state entity in the world to legalize the practice of abortion. Indeed, after the Bolshevik revolution of 1917, the Leninist government went on to implant by decree a model of society that conceived of men and women solely in terms of the realization of the socialist State, freed from any link with God. Along with regulations aimed at eliminating religious marriage and the family, the legalization of abortion found its place as a consequence of state atheism.
With the exception of the period between 1936 and 1955, when the voluntary termination of pregnancy was prohibited for demographic reasons, in Soviet Russia and in the Russian Federation, which emerged after the fall of the Berlin Wall, voluntary abortion has always had a legal basis.
Currently, it can always be done before the twelfth week of pregnancy, but also after that date, in certain cases provided for by law: before the twenty-second week if the pregnancy occurred as a result of sexual violence; or without a time limit if the mother's health is in danger.
Project Rachel, from which the seminaries known as “Rachel's Vineyard” were born, was founded in 1984 in the Archdiocese of Milwaukee and was recognized by the United States Conference of Catholic Bishops, and today operates in more than 40 countries. The path of human and spiritual healing offered by the seminars does not end in three days, but rather the experience is a starting point for accepting and metabolizing pain and mourning, knowing that God's mercy recreates what has been lost and that God can bring good out of every human experience. (CD) (Agenzia Fides, 9/9/2022)