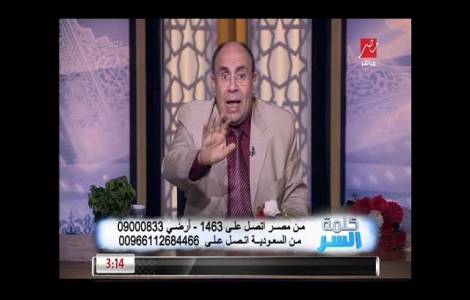 Cairo (Agenzia Fides) - His name is Mabrouk Attia and he is a professor of Islamic Law at Al Azhar University, the Egyptian professor-preacher who has ended up at the center of controversy and criminal cases for irreverent expressions reserved for Jesus in a speech filmed and broadcast through social networks. In the speech, Attia made references to the Sermon on the Mount of Jesus, who he referred to as "Mr. Jesus" and assimilated "Mr. Mars" into a joke that was intended to be witty. On the same social networks, the professor was immediately accused of making fun of the name of Jesus. Lawyers and jurists filed complaints against Attia. Accepting these complaints, the Heliopolis court opened a trial against the Al Azhar professor for contempt for Christianity and Islam, setting the first hearing for September 21. Among the legal actions filed against Attia is that of the Egyptian jurist Naguib Gabriel, who sued the professor for offending not only the Christian faith, but also Islam, which recognizes Jesus son of Mary (Īsā ibn Maryam) as Messiah and prophet. Article 98 of the Egyptian Penal Code states that whoever ridicules the prophets, holy books and religious symbols can be punished with between three and five years in prison. After ending up at the center of the accusations and controversy, Attia tried to make amends by publishing a new video in which he apologized to those who felt offended by his words, while denying that he had intended to be irreverent with Jesus. The professor added that even from his point of view, "those who mock Jesus mock Prophet Muhammad, peace and blessings be upon him, for they are both prophets." Mabrouk Attia also claimed to have been the first to issue a fatwa recognizing as legitimate the offering of alms and aid to poor Christians by Muslims during the month of Ramadan. Egyptian law also recognizes and prosecutes as contempt for religion any attempt to use religious symbols and speech to spread extremist ideas, encourage contempt for others, and incite sedition to the detriment of national unity and social peace. In the whirlwind of controversies that have developed around Professor Attia's words and the lawsuits filed against him, an old film clip of Sheikh Ahmed al Tayyeb has also circulated on social media, in which the current Grand Imam of al Azhar - the great Sunni theological center located in Cairo - commented with hints of emotion on Jesus' own words in the Sermon on the Mount, including those in which Christ calls to love the enemy and pray for the persecutors: "Sometimes I recite it and tears come to my eyes", he confessed to Tayyeb in that video. Grand Imam Ahmed al Tayyeb signed with Pope Francis the "Document on Human Brotherhood for World Peace and Common Coexistence", signed on 4 February 2019 in Abu Dhabi, as a way of attesting to the world that " faith leads the believer to see in the other a brother to be supported and loved", and that "from faith in God, who created the universe, creatures and all human beings - equal by his Mercy - the believer is called to express this human brotherhood, safeguarding creation and the entire universe and supporting every person, especially the most needy and poor". (GV) (Agenzia Fides, 3/8/2022)