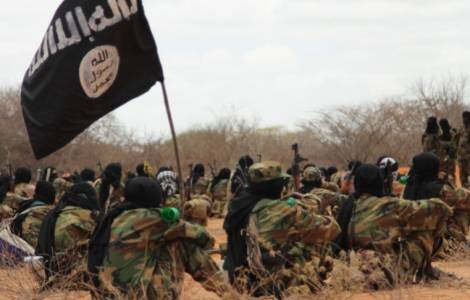 Addis Ababa (Agenzia Fides) - "A united people and a functional State can never be intimidated by groups like Al Shabab", declared the president of the Somali region Mustafe Omer in relation to the clashes recorded yesterday, July 26, 2022, on the border with Ferfer District, eastern Ethiopia.
It is estimated that at least 85 members of the jihadist group Al Shabab, who tried again to cross the border with Ethiopia, were killed in fighting with the Ethiopian army.
Fides Agency has received the confirmation directly from a local source who requested anonymity for security reasons. "These clashes occur very frequently and it is feared that Al Shabab wants to find 'allies' with other Ethiopian rebel groups and open new fronts in Ethiopia. This one from Ferfer is a very strong military attack, never seen before, which came totally unexpectedly, unlike last week's attack in southeastern Ethiopia, where at least twenty Ethiopian soldiers and 154 jihadists were killed. It is now clear that the jihadists are working with the various Ethiopian insurgent groups. In practice, this internal crisis with Tigray and the Amhara - confirmed Fides source - has opened a new war front in Oromia. The Oromo Liberation Army (OLA) has gone to war with Oromia and there is a huge risk that the most extremist wing of Oromo will ally with Al Shabab. We can expect more open borders… Knowing Al Shabab's attack pattern, two operations so soon after each other suggests this is not an incidental attack but a planned one".
Special forces from the Somali region and the Ethiopian army are currently engaged in a mission to expel the remaining Al Shabab fighters from these areas and fully secure the Ethiopian border. "Our brave special forces are proving once again that peace in the region is not at the mercy of terrorists," regional president Mustafe Omer reiterated. According to a statement from the Somali region, Al Shabab intended to enter the Oromia region (west, center and south) to meet with the OLA rebels, allegedly responsible for the killing of civilians. It is not the first time that the Ethiopian authorities accuse the armed groups operating in the country of having links with the Somali jihadists. On July 8, Ethiopian security forces claimed to have thwarted repeated attempts by al-Shabab to establish ties with rebels from the Popular Front for the Liberation of Tigray (PFLT), which has been at war in the region with the central government since 2020. Al Shabab, a group affiliated with the Al Qaeda network since 2012, frequently carries out terrorist attacks in the Somali capital, Mogadishu, and in other parts of Somalia to overthrow the central government and forcibly establish a Wahhabi (ultra-conservative) Islamic state. In addition, Al Shabab controls several areas of Somalia, especially the rural areas of the center and south, and also attacks neighboring nations such as Kenya. Somalia has been in a state of war and chaos since 1991, when dictator Mohamed Siad Barre was overthrown, leaving the country without an effective government and in the hands of Islamist militias and warlords. (GF/AP) (Agenzia Fides, 27/7/2022)