AMERICA/COLOMBIA - Joyful in hope, patient in suffering, persevering in prayer to build reconciliation 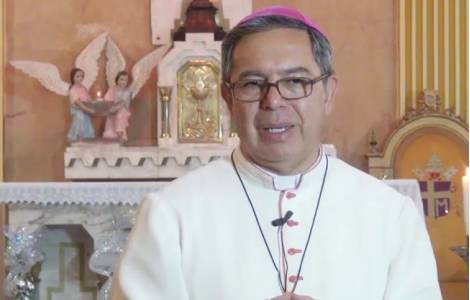 2022-10-03
Mining, with respect for Creation and human rights, builds progress and development not only economic

Bogota (Agenzia Fides) - The truly profound reconciliation that Colombia needs, and that the history of this nation needs, is based on "love for enemies, active non-violence, responding to war with forgiveness , in opening our hearts to reconcile, in practicing mercy with joy, in persevering walking along the paths of respect for life, of justice, of all life, life from the womb to the life of the elderly terminally ill". This is the exhortation of the Archbishop of Bogotá and president of the Colombian Episcopal Conference, Msgr. Luis José Rueda Aparicio, during the Eucharistic celebration in the cathedral for the National holiday of the 212 years of Colombian Independence, on July 20. In the mass "for peace and reconciliation" concluded with the traditional singing of the Te Deum of thanksgiving, the archbishop referred to the biblical readings of the day to invite Colombians to work on the construction of the ethics of reconciliation , guided by three threads: live joyfully in hope, be patient in suffering and persevering in prayer. "First, we are called to persevere in all our things, praying for Colombia. Let fathers and mothers make their homes schools of prayer, small churches of love in prayer, let us not tire of praying, prayer is powerful", said Monsignor Rueda Aparicio.
Secondly, he continued, "active patience is needed to take on the suffering of each day, without aggressiveness, without pessimism, all families and all societies in the world have problems, let us seek that fraternity flourish in our fields and cities, encounter and dialogue, may fraternal love flourish, which is braver and more powerful than war itself". Finally, he recommended to all "live joyfully in hope, which is what the apostle Saint Paul proposes to us, let us live joyfully in hope". He launched an appeal to families and the entire country: "Colombia, do not forget God! when we forget God, when a country forgets God it goes to ruin, it destroys itself. To seek God is to seek hope". Monsignor Rueda Aparicio also wanted to remember the efforts of so many missionaries, laity, priests and bishops, who with their testimony of life and their word have worked silently in accompanying the most vulnerable communities, reaching cities and rural areas. wounded by the violence, many of them even giving their lives. Among them, he recalled the murders of the Bishop of Arauca, Jesús Emilio Jaramillo, beatified by Pope Francis during his visit to Colombia (see Fides, 11/9/2017), and the Archbishop of Cali, Monsignor Isaías Duarte Cancino, assassinated on 16 March 2002 when leaving mass. "In all the regions of our national geography - the archbishop concluded - there are seeds of the kingdom sown for decades, for a long time, in silence, persevering and with faith in the silent work of evangelization. Thinking of Colombia today, we want to thank the generous dedication of the lives of a large number of laity, families, religious, deacons, priests and bishops who, with their service, have even reached martyrdom for the kingdom of God". (SL) (Agenzia Fides, 22/7/2022)