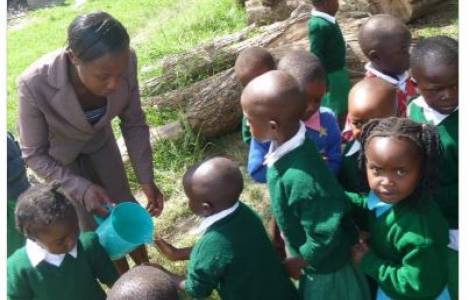 Rome (Agenzia Fides) - "On June 23, 2021, when we inaugurated the Orione Year to celebrate the 150th anniversary of the birth of our Founder, we did not think it could have such an impact and, on the contrary, it was a great surprise to see how this celebration involved the Church all over the world", says Fr. Oreste Ferrari. In an interview with Agenzia Fides, Father Oreste Ferrari, Orionine missionary, who until recently held the role of Vicar General, speaks of the celebrations for the 150th anniversary of the birth of Father Luigi Orione, founder of the Little Work of Divine Providence, which took place on June 23 in the parishes and dioceses of the mission territories, all over the world, where the Congregation of the saint of the province of Tortona is present. Born on June 23, 1872 in Pontecurone, in the province of Alessandria, Father Luigi Orione was proclaimed a saint by Pope John Paul II in 2004. "Don Luigi's heart, says Father Oreste, knew no borders , because he was filled with the charity of Christ. In one expression, his mission was to bring to the world the news and above all the need to focus on charity as a mediation to reach the Church and live the Gospel. The main message of Don Orione - he continued - is precisely this: through charity we love the Pope, we love the Church, because this is the message and the good news of the Gospel". It is therefore very important - says the former Vicar General to Fides - to keep his memory alive in the history of our Church and above all to promote a missionary awareness, at all levels, as the best homage we can pay to those who dedicate their lives every day to the service of the most needy. While still a cleric, reports Father Oreste - Don Orione began the first apostolic activities that gave rise to the charismatic family of the Little Work of Divine Providence, composed of two main branches: the Sons of Divine Providence, with the community of the Hermits, and the Little Missionary Sisters of Charity, with the community of the Blind Sacramentine Sisters and Cloistered Sisters of Jesus Crucified. Other groups that are part of the Orionine charism - he continues - are the Orionine Secular Institute, the Orionine Lay Movement and the Mary of Nazareth Institute".
Today, the charismatic Orione family is dispersed in about thirty countries: "Don Orione, reports Fr. Ferrari, the first time that he left Italy, went to Brazil, to Latin America, founding works there and in Argentina, where he also spent three years of his ministry". The missionary notes: "The congregation has spread throughout the world with precisely this message: to evangelize through works of charity, but not only institutionalized works, transmitting the message that it is precisely through charity that we can conquer nations and demonstrate the motherhood of the Church". Referring to the missionary challenges of the Orione family in the near future, Fr. Oreste underlines: "Don Orione saw humanity in need of the heart of Jesus Christ and said: "We have to go to the people'. We have to go out and go to the people. Only charity will save the world. So our commitment as Orionini - and we also talked about it in the last General Chapter - is precisely that of counting on the help, on the prayer, on the collaboration of many confreres, of many lay people who are scattered throughout the world, which is the world of Orione made up of so many nations". We must strengthen our spirituality, our religious consecration and our Orionine identity - he concludes - to be missionaries in our way of thinking and above all in the witness of life to transmit the love of the Lord through works of charity. This is our purpose and our charism". (ES) (Agenzia Fides, 2/7/2022)