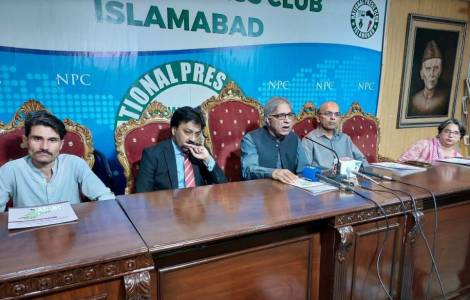 Islamabad (Agenzia Fides) - "The mistrust created by the population census of Pakistan in 2017 can be eliminated by the transparent conduct of the new census. The government must involve non-governmental organizations to create trust and avoid any controversy in the conduct of the census in 2022. The Pakistan Bureau of Statistics (PBS) is to revise the questionnaire to present minority groups separately, in terms of ethnicity and religion, such as Baha'is, Kalash Jews and Buddhists, rather than presenting them cumulatively as "others". There is an urgent need to fight for the structural inclusion of minorities in their own system", Peter Jacob, Pakistani Catholic leader and executive director of the "Center for Social Justice", told Agenzia Fides, who has presented a White Paper entitled "Confusing Demographics for Minorities".
During their presentation in Islamabad in recent days, the speakers expressed reservations about the process of the upcoming population census, calling on civil society, international observers and the media to participate in the census follow-up committee in order to create transparency and public trust. Albert David, a member of the National Commission for Minorities, said: "The vocabulary used by the PBS and the National Database and Registration Authority (NADRA) must be consistent. Christians are generally concerned that their numbers have been largely underestimated in the last census, which has an impact on their socio-economic and political rights". And he recalled: "The results of the 6th population census have become controversial and a lot of data have been hidden. The results of the census must be shared and public in order to build the confidence of the population". Mukhtar Ahmed Ali, Executive Director of the "Center for Peace and Development Initiatives", highlighted the importance of the census as a national activity involving allocation of resources, representation in legislatures and delimitation of constituencies, agreeing on the need for "participatory transparency, solid technical planning, dissemination of information and training of enumerators".
According to Imran Kabeer, another civil society leader, "the last two censuses have shown a significant decline in religious pluralism in Pakistan, a fact disputed by many, so we need to ensure that the data collected is accurate and credible".
The White Paper "Confusing Demographics for Minorities", based on the analysis of census data in 1981, 1998 and 2017, was written by Qais Aslam and Peter Jacob. The text notes that "the demographic picture of religious minorities presents inconsistent and illogical data, raising doubts about credibility". According to the last three censuses, it can be seen that the population of religious minorities represented 3.32% of the Pakistani population in 1981, that it increased to 3.73% in 1998 and that it decreased to 3.52% in 2017. The total population of non-Muslim religious communities in 2017 was counted at 7.32 million, including Christians (2.64 million), Hindus (3.6 million), Ahmadis (0.19 million), recognized castes (0.85 million) and people of "other" religions (0.04 million). Census data lacks data on the social and economic development of religious minorities. Among the inconsistencies, for example, the category of "minorities" used. NADRA offers citizens a wide choice for self-identification of their religious orientation, so that 18 different religious identities of citizens emerge. The White Paper notes that this measure is appreciable as it implies full respect for freedom of religion; census data, on the other hand, limits the choice to six or at most nine categories. This does not give small minority groups (Bahais, Kalashans, Jews, Buddhists and others) the opportunity to self-identify, but they are all united in the category as "others". (AG/PA) (Agenzia Fides, 17/6/2022)