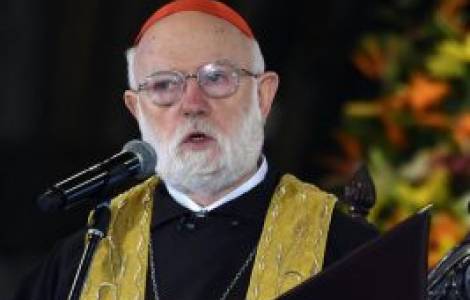 Santiago (Agenzia Fides) - "A political Constitution with a norm on free abortion cannot be felt and accepted as its own by many Chileans, including many people who profess a religious faith, since respect for human life from conception is not something secondary or whose consideration is optional, but it is a fundamental value that we affirm supported by reason and faith". This was declared by the Standing Committee of the Episcopal Conference of Chile, after the plenary session of the Constituent Convention, in charge of drafting the new political Constitution for the country (see Fides, 3/7/2021), approved a norm on sexual and reproductive rights on March 15, according to which the State must guarantee, among other things, "the conditions for (...) a voluntary interruption of pregnancy".
"This norm, in itself, is a very serious attack on the dignity of the human person and its fundamental rights, beyond any religious conception - the Chilean Bishops declare-.
In addition, no conditions or limitations are established for this right, nor is a mandate given to the legislator to regulate it by law, which leaves the way open to allow abortion in any event. Established abortion as a constitutional right without any restriction, any law that seeks to regulate it can be declared unconstitutional. In this way, it could be the case that unborns are aborted in the seventh or eighth month or when they are about to be born". The statement, sent to Fides, reiterates that this rule "constitutes an act of the utmost seriousness", since it reaffirms the woman's right to decide on her own body, ignoring the fact that in the womb of a pregnant woman there is a second body, another human being. While thanking those who opposed this norm in the Convention, the bishops point out that "unfortunately, as we have repeatedly argued, a mentality contrary to the life of the person already conceived has been imposed in the country" and they ask Chileans "to be aware of this sad dynamic, which has as an unprecedented corollary the incorporation of free abortion as nothing less than a constitutional right".
In the final part of the text, the Standing Committee of the Episcopal Conference of Chile warns that, if this decision is not modified, it will constitute an "insurmountable obstacle" for many citizens to give their approval to the constitutional text that is being drafted. "We regret - they conclude - that the majority of the members of the Constituent Convention are choosing to polarize the constitutional process with such a significant issue instead of offering a proposal in which the majority of Chileans can recognize each other, beyond our legitimate differences, around a project shared". (SL) (Agenzia Fides, 17/3/2022)