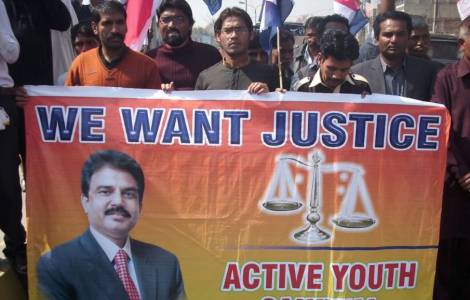 Karachi (Agenzia Fides) - Christian, Muslim and Hindu faithful, civil society leaders and members of human rights organizations paid tribute to the late Federal Minister for Minority Affairs, the Catholic Clement Shahbaz Bhatti on the 11th anniversary of his death , recalling his efforts for the protection of the rights of religious minorities and for inter-religious harmony in Pakistan. Gathered yesterday, March 2, in Karachi in a prayer vigil, those present lived a ceremony with the lighting of candles to pay homage to the figure of Shahbaz Bhatti, killed by a terrorist attack on March 2, 2011 in Islamabad. Leaders of various human rights and minority groups urged the government of Pakistan to take adequate measures to implement human rights, promote social cohesion and curb extremism and terrorism. Karachi citizens of various faiths commemorated Shahbaz Bhatti at the event organized jointly by the organizations "Voice for Justice" (VFJ), "Christian Peoples Alliance" (CPA), "Minority National Alliance" (MNA) and "Minority Alliance Pakistan" (MAP).
Voice for Justice spokesperson Ilyas Samuel, a well-known human rights advocate in Karachi, said in his speech: "Shahbaz Bhatti was an advocate for equal rights and opportunities, and was persistent in pursuing Justice. He opposed discrimination and extremism throughout his life. His moving sacrifice left a leadership vacuum that is difficult to fill".
The forces that attacked Shahbaz Bhatti - he told Fides - have not been eliminated despite a national anti-terrorism action plan in place. Ilyas Samuel observes: "The misuse of blasphemy laws to justify killing and lynching in the name of religion must now cease, and the actors involved in making false accusations and provoking mass violence must be brought to justice". "However - he concluded in an interview with Fides - it is encouraging that civil society is following in the footsteps of our great leader Shahbaz Bhatti and is working to fulfill his mission of building a just, peaceful and tolerant society in which minorities women religious can exercise equal rights and live in peace and harmony".
Asif Bastian, among those present, active in the protection of minority rights, said: "Shahbaz Bhatti was an ambassador of inter-religious harmony and human rights and is a symbol of the struggle for the rights of the oppressed. He remained firm and faithful to what he believed in and will always be remembered as a voice for the voiceless, especially for the courageous efforts he made to protect the rights of minorities in Pakistan".
Similar commemoration events were held in several cities and places in Pakistan. Active Youth Group, a group of young Catholic men and women in Sahiwal, held a peaceful demonstration and a prayer vigil to pay homage to the late Shahbaz Bhatti. Ashiknaz Khokhar, a young Catholic committed to human rights, in a message sent to Fides says: "Shahbaz Bhatti managed to obtain the representation of minorities in the Senate, the presence of a 5% share in the public sector reserved for minorities and the designation of August 11 as National Minority Day. He left religious, political and social leaders a legacy to follow for the protection of the rights of the religious minorities in Pakistan and in the promotion of dialogue".
And he adds: "I hope that his sacrifice for the fight against rights and intolerance awakens consciences, arouses the courage and commitment to protect the religious freedom of all, thus promoting equal dignity for all, I hope that, by drawing inspiration from him, people from different communities work together for the promotion of justice and peace".
Anglican Bishop Johnson Robert, speaking to Agenzia Fides, says: "The most appropriate way to honor Shahbaz Bhatti is to step up our efforts to help Pakistan pull back from the abyss, addressing and eradicating extremism in all its forms and following the vision of Mohammad Ali Jinnah, the founder of Pakistan". (AG-PA) (Agenzia Fides, 3/3/2022) 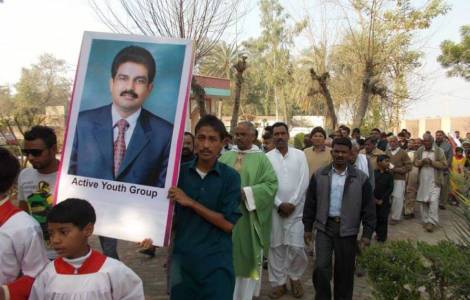 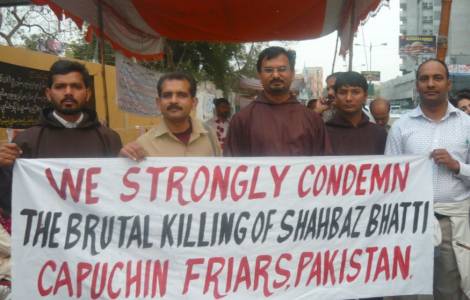