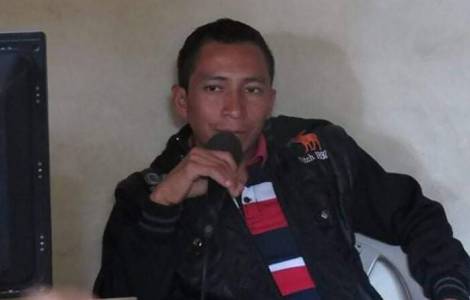 Tegucigalpa (Agenzia Fides) - "We strongly condemn the murder of the representative of the Lenca people, Pablo Isabel Hernández, on Sunday, January 9th, in western Honduras. Human rights activist and environmentalist, president of the network of agroecologists of the Cacique Lempira Biosphere, sponsor of the University of Indigenous and Peoples and Mayor of La Auxiliaría de La Vara Alta de Caiquín, in the department of Lempira", reads a joint statement, the President of the Council of Latin American Bishops' Conferences, Archbishop Miguel Cabrejos Vidarte of Trujillo, and the President of the Church Network for Ecological Matters (REMAM), Archbishop Gustavo Rodríguez Vega of Yucatan, on the murder of Pablo Isabel, which took place in the municipality of San Marcos de Caiquín, Lempira department, when unknown men shot him in the back.
"Paul was a man of God - the statement recalls -, who loved his family, loved his people, respected and committed to the Common Home. On Sunday morning he went to church to lead a celebration of the Word of God".
The two Presidents of CELAM and REMAM extend their condolences to Pablo's wife, children, relatives and friends and at the same time express their support for "the people of Honduras who are victims of powerful criminal networks that have made the country one of the most dangerous countries in the world for the highest number of murders regarding environmental defenders".
Together with the Honduran population, international institutions and organizations as well as human rights and environmental activists, the communiqué calls for "the rapid investigation of this vile crime by the competent authorities as well as the transfer of those responsible to the criminal justice system and the immediate implementation of protective measures for social and environmental activists - and human rights movement in Honduras".
The network "Iglesias y Minería" also condemned "the killing of the human rights defender and communicator" with "force and pain" and called on the authorities to "conduct a swift, comprehensive and independent investigation, including the work done by Pablo Hernández to protect human rights ". The international public is called to work to ensure that truth, justice and reparation are guaranteed in Honduras and elsewhere for the victims of this type of crime, while protecting and supporting journalists and media who "promote democracy, defend the rights of people, communities and nature". (SL) (Agenzia Fides, 12/1/2022)