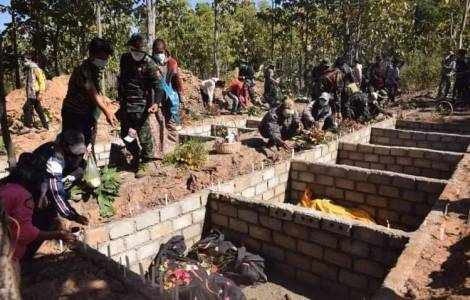 Loikaw (Agenzia Fides) - The funeral of the 35 civilians, all Catholics, killed on December 24, in the village of Mo So, near the town of Hpruso, in the Burmese state of Kayah, in eastern Myanmar, took place today in the middle of mourning, of tears, of prayer. As Fides sources report in the Diocese of Loikaw, in whose territory the massacre took place, the military finally gave permission to the relatives of the victims to enter the area and take the bodies, all charred, to proceed with the burial. The funeral was a simple funeral rite led by catechists, without the Eucharist and without the presence of a priest, since the army did not allow the local parish priest to reach the village. Among the deceased there were two small bodies: John, a three-year-old boy, and Agatha, a 2-year-old girl, who died with their parents. Among the dead there are also two Burmese workers who collaborated with the international NGO "Save the Children". Clement, a lay Catholic present at the funeral ceremony, told Fides: "We are all sad, afraid, shocked. It is a real cruelty. They were innocent people who were fleeing the fighting. This type of attack is atrocious and inhumane. There is a total loss of consciousness among the military. The army is now mercilessly terrorizing and massacring the population, committing crimes against humanity".
A local Catholic woman, Mih Nge, was moved, said: "We have lost everything: our homes, our livelihood, our land, but we will not give up. We are still alive and we offer our lives for the freedom and dignity of all, for the future of our young people. In this immense pain, we do not lose hope, there is always hope because we believe in God, the source of our hope". The massacre shook the entire Burmese Catholic Church which launched an appeal for a ceasefire and the end of the civil war (see Fides, 28/12/2021). In other parts of Myanmar too, the echo of the massacre has sparked a wave of emotion and solidarity. Father Dominc Kung, a Catholic priest from the diocese of Hakha, in the west of the country, told Fides: "The blood of these innocent slain will not be shed in vain, but it will constitute a powerful force for the people. They are now a support for our people, they will pray for our sufferings in Heaven, next to the Lord". Local Fides sources note that the civil war in Myanmar has degenerated: "The soldiers enter villages, carry out manhunts, arrest, burn, kill indiscriminately. They do not distinguish between civilians and armed militants, violence is widespread across the country.
People are afraid and move to the forests to escape the massacres. The military also see civilians as a threat because they say they support the militias of the Popular Defense Forces. They kill indiscriminately. It is terrible. Our suffering is at its limit. We implore God's help and demand the attention of the international community". (JZ-PA) (Agenzia Fides, 29/12/2021) 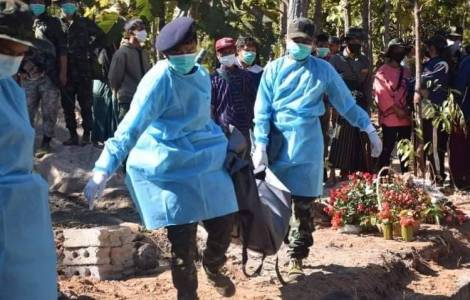 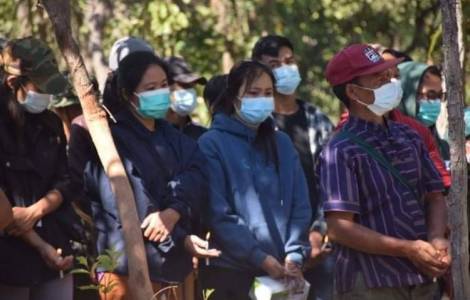 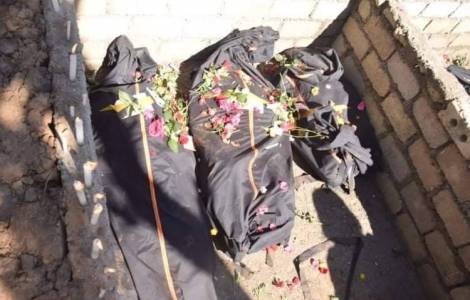 ASIA/MYANMAR - Amnesty International: Serious acts of violence against the civilian population in the Burmese states of Kayah and Kayin