ASIA/KAZAKHSTAN - The Bishop of Almaty: it is time to promote the role of the laity in the Church 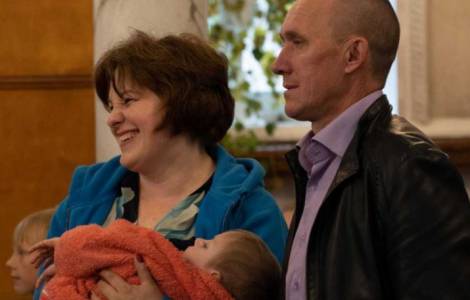 Almaty (Agenzia Fides) - "In Kazakhstan as everywhere else, the Mother Church must do everything, and even what seems impossible, to meet her children whether they are baptized or not, because it is difficult for anyone to start invoking God as his Father, if he has not yet had the opportunity to meet the Church as her Mother. If, in Soviet times, the proclamation of the Gospel was done mainly in the home, this is no longer the case today. The decrease in the number of 'Catholics by tradition', that is to say children of emigrants, pushes us more and more to seek new horizons of the apostolate. It is certainly useful that we have given a great impetus to the use of mass media, but these should never replace personal encounters and authentic dialogue". This is what Mgr. José Luis Mumbiela Sierra, Bishop of the Holy Trinity in Almaty said in the recent webinar "The mission of evangelization in Central Asia in times of Evangelii Gaudium - Context, difficulties, perspectives", promoted by the Pontifical Missionary Union, in the Pontifical Mission Societies. According to the Bishop, the need for new forms of proclaiming the Gospel represents the first element of a tripod consisting, as indicated by Benedict XVI, of the kerygma, of the liturgy and of charity: "The liturgy is not a mere ritual, but a school of life. At a certain point we realized that the use of the Russian language was no longer enough, and the need arose to translate the various liturgies into Kazakh. It was a great joy for us to be able to give Pope Francis a first breviary in Kazakh on his last ad limina visit. When a culture can use its own language to express itself in the liturgy, it can better understand that the fullness of its cultural development lies in the service of Beauty".
Mgr. Mumbiela then recalled how the third element of the "tripod", charity, has always been a constant in the history of Kazakhstan, even during the period of atheism imposed by the Soviets: "Many deported in the 1930s and 1940s managed to survive thanks to the hospitality of the Kazakhs, who themselves had no great resources. God's mercy saved them not through a painting or an icon, but through specific unbaptized people. In the 1990s, the National Caritas of Kazakhstan was founded, at the cost of many efforts and sacrifices. Today, we see a great development of the activity of this organization throughout the country, but we are still only 'at the beginning. At the same time, although this is evident, perhaps it should be remembered that no charitable activity can be carried out correctly if not accompanied by the other two elements: kerygma and liturgical life".
The Bishop concluded by mentioning one of the next objectives of the Catholic presence in Kazakhstan: "For the future, we see the need to introduce the laity more into the active life of the Church, not only as a witness of faith in the world, but also, as far as possible , by assuming more responsibilities in the life of the communities".
. In Kazakhstan as a whole, Christians represent 26.5%. There are currently four Catholic dioceses in this Central Asian country, with a total of 70 parishes and about 91 priests, including diocesans (61) and religious (30). (LF-PA) (Agenzia Fides, 16/10/2021)

AMERICA/PARAGUAY - Archbishop Martinez Flores to the laity: "Go to the suburbs and announce the good news"

ASIA/HONG KONG - The laity, committed to being the engine of evangelization and participation in the synodal process