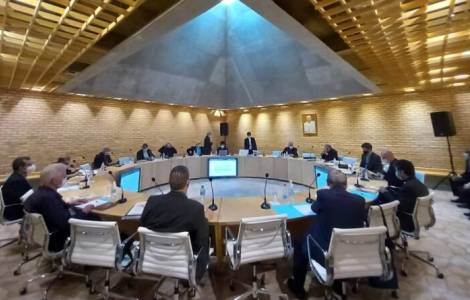 Asuncion (Agenzia Fides) - Municipal elections will take place in Paraguay on Sunday, October 10, with which citizens are called to renew the 261 municipal governments of the Country. According to data from the Tribunal Superior de Justicia Electoral (TSJE), those entitled to vote are 4,644,563, of whom 1,450,000 are young people between 18 and 29.
Young people, who make up a large part of the Paraguayan population, are the most disenchanted by politics, which is why the statement from the Paraguayan Bishops' Conference mentions them in a particular way, asking God "to touch the hearts of young people so that they responsibly take this historic moment seriously and opt for the best". Already in the 2015 message, the Bishops had stressed: "Organized citizenship, with generous and altruistic attitudes like that of young people, can promote the transformation of our political, social and economic institutions in order to achieve the common good of society, especially favoring the most vulnerable".
In view of the elections of October 10, the note from the Bishops' Conference, sent to Fides, underlines the great opportunity to democratically express their vote "consciously, freely and responsibly", which is why it urges citizens to go to the polls "to exercise their civic law, and with it, to elect the most suitable, honest and transparent people, who will guide the various municipalities and councils for the next five years".
By tracing the candidate's profile, the note urges people to delegate the administration of their territory to people who have "an impeccable conduct, are politically and personally coherent". "The candidate must not deceive us with advantages or demagogies" the text continues, recalling that "as voters we have a great responsibility to elect people who will occupy political positions and, at the same time, we have the moral obligation to reject those who are involved in acts of corruption, organized crime and 'narcopolitics'. "Everyone is invited to vote without any kind of conditioning or pressure, demonstrating the maturity and responsibility that derive from our social commitment.
Unfortunately, the socio-political scenario in which the elections are held is denoted by a high level of violence and acts of corruption, fueled by organized crime and drug trafficking (see Fides, 26/3/2021; 15/5/2021; 13/9/2021), but this must challenge us, the Bishops exhort, "not only as electors, but as society in general". "We are saddened to see political leaders and candidates involved in attacks on life - they note -. Life is a gift from God and, as such, we must respect it. Once again, we are seeing serious corruption and the need to make public affairs transparent. We regret that this endemic evil remains the 'gangrene' and the 'moth' of our people ". The note concludes by invoking the blessing of God and the protection of the Blessed Virgin Mary. (SL) (Agenzia Fides, 8/10/2021)