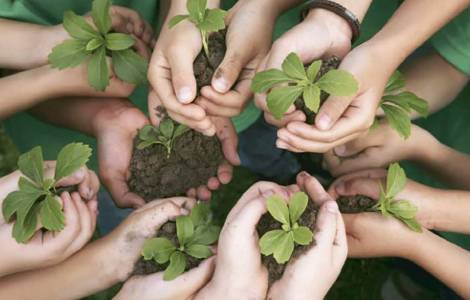 2021-11-17
The bishops: "it is time to fulfill the promises to govern by listening to all sectors of the people"

2021-11-15
The Bishop of Beni: "Progress and justice cannot be built with imposition and force"

2021-11-11
"God wants there to be no more bloodshed, dialogue is the best way": the Bishops in the face of violence

2021-11-03
The Council of the laity: our challenge is to have a leading role in building a culture of peace

La Paz (Agenzia Fides) - Since 2012, with the publication of a pastoral Letter on the environment and human development in Bolivia, the Bolivian Catholic Church has celebrated the Week of Creation every year, in the days close to October 4, the feast of St. Francis of Assisi, one of the most committed to the care of creation. In the handout prepared for the occasion, sent to Fides, the Bishops point out that "we are moving further and further away from the necessary balance between human development and respect for the natural environment". They therefore recall that the Church promotes harmony between the care for the environment and attention to human development in its fullness, "and highlights the wisdom of indigenous peoples in this life of harmony and respect for nature, as lesson we must learn".
Faced with a reality that demands immediate responses for the future of humanity and the planet, the Church opts for the care of the common Home. "Either we are spectators of the great climate changes in the current century, with irreversible consequences for everyone, or we assume the awareness that caring for the Common Home begins with each of us, seeking a change in lifestyle and transforming situations of injustice and inequality".
In the aid prepared for the Week of Creation, the various Catholic realities engaged in this field invite to pay particular attention to issues relating to certain themes: Protected areas, Indigenous peoples, Biodiversity, Water, Forests and rivers, Youth, Ancestral knowledge and wisdom of peoples, human development, energy transition, Church commitments.
"We live in a country that, thanks to Creation, possesses the majority of the planet's ecological habitats, and for this reason an incalculable wealth of biodiversity that is not used for human development", is stated in the text, highlighting how on the contrary this wealth is at risk due to short-sighted actions such as deforestation, the installation of large hydroelectric plants or contamination with solid residues of protected areas or natural parks.
According to data from the 2012 National Census of the population, 2.8 million people over 15 years of age of indigenous origin live in Bolivia, divided into 36 indigenous peoples. The Quechua and Aymara are the majority groups. Poor agricultural production, due to difficult environmental conditions, forces many families, especially young people, to emigrate to cities or abroad, in search of better living conditions. "In these cities characterized by great inequality, xenophobia, sexual exploitation and human trafficking are increasing. Indigenous peoples who have a deep knowledge of their culture and language, able to communicate the message of the Gospel with the strength and effectiveness of their culture live in Bolivian territory". The Church is at their side and accompanies them in promoting their rights, a culture of peace and the common good.
The Bolivian Church therefore launches an appeal to all Catholics "to put themselves at the forefront of protecting the planet and the ecosystem, as protagonists in caring for the common home", invites them to take "concrete and daily actions to preserve the work of creation in Bolivian territory", and at the same time important initiatives in the municipalities and alliances with the organizations of the society. "We appeal to all Christians to cultivate their conscience for the respect and appreciation of creation as a gift from God, in their respective workplaces and in their homes. Each sheet of recycled paper helps reduce deforestation, saving energy reduces fuel consumption, and therefore global warming. Our world needs models of behavior, austerity and sobriety". (SL) (Agenzia Fides, 4/10/2021)

EUROPE/POLAND - Distance adoptions of seminarians in mission lands: a project now in its ninth edition