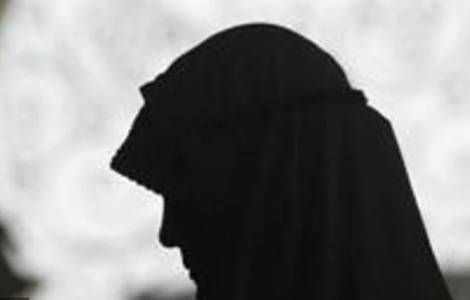 Lahore (Agenzia Fides) - On September 27, a court of first instance (session court) in Lahore sentenced a Muslim woman to death and fined 50,000 rupees (approximately 265 euros) for violating the blasphemy law. According to the prosecution, the woman, Salma Tanveer, "proclaimed herself a prophetess" and allegedly denied the prophet Muhammad's prophecy, using derogatory comments against her. Salma Tanveer, 50, was the Head mistress of a private school in Lahore, a job she did until 2013, when she was arrested. She was accused of distributing photocopies of her writings in which she allegedly committed the crime of blasphemy, addressing the title of "Mercy for all worlds", attributed in the Qur'an to the Prophet Muhammad, and vilifying the Prophet. The police registered a complaint against the woman on September 2, 2013 under section 295 C of the Pakistani Penal Code (PPC), based on the complaint of Qari Iftikhar Ahmad Raza, imam of the local mosque. Article 295 C punishes the use of derogatory remarks against the Prophet Muhammad with spoken or written words, or by visible representation or by any insinuation, direct or indirect, which offends the name of the Prophet Muhammad. It provides for the death penalty, or life imprisonment, and a fine. The case was postponed and discussed only eight years after the fact, with the woman's lawyer submitting a medical report stating that the defendant was mentally unstable and suffered from a psychiatric illness. According to article 84 of the penal code, an offense is null and void if it is committed by a person who, at the time of committing it, due to mental illness, is unable to know the nature of the act, or cannot understand that it is against the law. Judge Mansoor Ahmed Qureshi of Lahore said in the verdict: "It is proven beyond reasonable doubt that the accused woman wrote and distributed derogatory writings agianst the Prophet Muhammad and failed to prove that her case falls under the exception provided for in section 84 of the PPC". The judge noted that a medical report from the Board of Directors of the Punjab Institute of Mental Health qualified the accused "fit for legal proceedings". The judge noted that up to the time of her arrest the woman was running the school, so it is not possible that she has a mental illness. Sabir Michael, Catholic leader and human rights activist, told Agenzia Fides: “It is worrying that another Pakistani citizen has been sentenced to death under the blasphemy law. Inalienable human dignity and human rights, we oppose the death penalty in any case. Even in cases of blasphemy, the accused does not endanger the life of others. While noting that religious feelings are hurt, the death sentence seems to be a severe measure, which can be reconsidered". And he adds: "It often happens that blasphemy laws are used improperly, for personal grudges: I am surprised that a woman who is an educator can be involved in such matters".
Sabir Michael concludes: "Since 1987, more than 1,800 people have been convicted under blasphemy laws and the majority of them are Muslims. There are currently more than 80 people on death row or serving life sentences for blasphemy. Among them are 24 Christian prisoners in Pakistan, charged in 21 cases of "blasphemy". A month ago, a Christian, Shagufta Kiran, residing in Islamabad, was charged with blasphemy for simply forwarding a message on WhatsApp whose content was deemed blasphemous. According to a report released in February 2021 by the Center for Social Justice, a Lahore-based NGO led by Catholic Peter Jacob, condemnations and abuses of the blasphemy law are growing exponentially in Pakistan, a very disturbing trend that deserves greater attention from civil authorities. Civil society organizations and Christian, Hindu and Muslim leaders have raised this long-standing issue, which is a sore point for Pakistan, which applies some of the world's harshest sentences (life imprisonment or death penalty) in cases of blasphemy against Islam. (AG-PA) (Agenzia Fides, 29/9/2021)