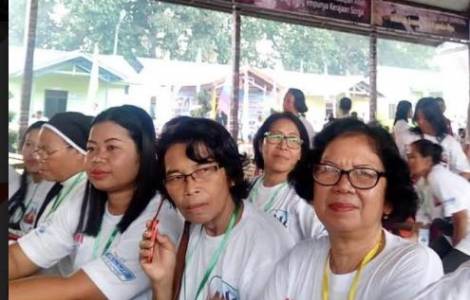 Jakarta (Agenzia Fides) - To be "the compassionate face of the Church in Indonesia": this is the appeal made by Indonesian Cardinal Ignatius Suharyo, Archbishop of Jakarta, to the "Legion of Mary" (or "Legio Mariae"), a Catholic lay association that celebrates its 100th anniversary worldwide.
In the Indonesian archipelago, the movement is a praying community present in many parish churches, schools and Catholic communities, living and spreading the deep devotion to the Immaculate Conception.
Among the Catholic population of Indonesia there is a strong devotion to the Mother of God and frequent pilgrimages to Marian shrines spread throughout the 37 dioceses of the country. As Fides learned, on the occasion of the centenary of the founding of the Legion of Mary, in addition to the commemorative events in each diocese, Cardinal Ignatius Suharyo, celebrating a Holy Mass in the Cathedral of Jakarta on September 11, addressed the members of the movement inviting them to "be like Mary, who was nourished by the life of Jesus, showing her strong passion and compassion for others, as the Gospels say". Addressing those present, the Cardinal expressed his full moral and spiritual support to the followers of the organization, inviting them to "live their spirituality in favor of others, visiting patients in the hospital, praying with them, carrying out simple acts of charity, showing the strong compassion of Christ for others". "With your presence and your humanitarian activities you have really shown the compassionate face of the Catholic Church of Indonesia", he remarked.
Paulus Lion, a member of the Legion of Mary in the diocese of Sanggau (western Kalimantan province) comments to Fides: "I joined the group in 2015 and now I am among the leaders of the group. The Legion of Mary has nourished and promoted our faith". Vera Sundoro, from the Parish Church of San Francisco Javier de Tanjungpriok, North Jakarta, says: "Entering the local Legio Mariae has brought me spiritual happiness in praying and doing good to others: we comfort the sick and pray with them, we are also close to children with special needs", he says.
The faithful members of the Legion of Mary in Indonesia are about 69 thousand. The movement is present in 35 dioceses in the country. The Legion of Mary began in Indonesia in 1951.
The association brings together Catholics of good will, who live and promote Marian devotion, in the deepening of faith and in concrete help to others, both in spiritual and material needs. Founded in Ireland in 1921, in Dublin, by the young civil servant Frank Duff, it is one of the Catholic associations that emerged long before the Second Vatican Council and is today is present in 170 countries around the world. Internationally, the centenary will be celebrated from September 3, 2021 to November 19, 2022 (MH-PA) (Agenzia Fides, 15/9/2021) 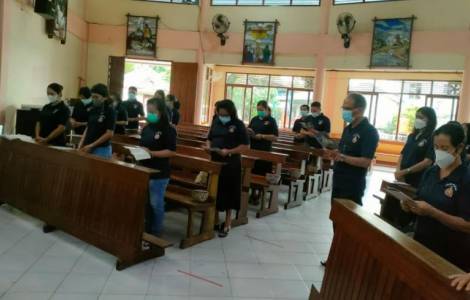 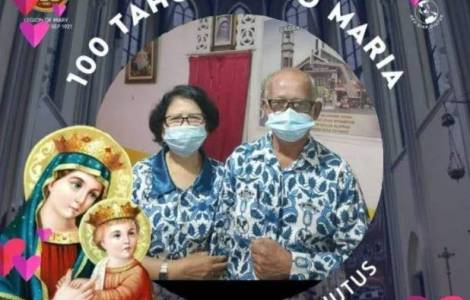