VATICAN - "The missionary, a point of light of the universal Church": memory of Monsignor Henryk Hoser 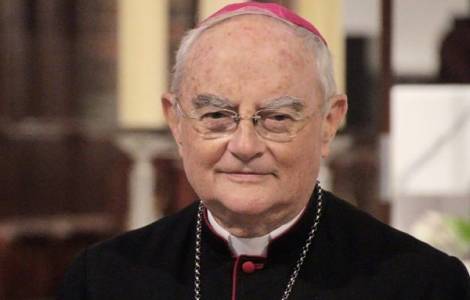 Vatican City (Agenzia Fides) - "Every missionary expresses the value of solidarity towards others, but if it weren't for the solidarity of others, of everyone else, towards the missionaries, the missionaries would only be the end of the line for themselves and not the light of the universal Church, where they offer their witness, in situations that are often difficult, if not hostile", said His Exc. Mgr. Henryk Hoser, SAC, in an interview with Fides on the eve of his episcopal ordination. Henryk Hoser, SAC, was appointed Deputy Secretary of the Congregation and President of the Pontifical Mission Societies on January 22, 2005. Archbishop Henryk Hoser, born on November 27, 1942 in Warsaw (Poland), was President of the Pontifical Mission Societies from 2005 to May 24, 2008, when Benedict XVI. appointed him Archbishop of Warsaw-Prague.
He died on August 13, 2021, exactly a month ago, at the age of 78 in the hospital of the Ministry of the Interior in Warsaw. He had been infected with coronavirus in the previous months and was trying to recover from it when further health complications arose. Henryk Hoser graduated from the Medical Academy in Warsaw with a degree in medicine. In 1969 he joined the Society of the Catholic Apostolate (Pallottines). He was ordained a priest on June 16, 1974 and then prepared for missionary work in Rwanda, where he served from 1975 to 1995. After a long and intensive time as a missionary, during which he performed various functions in the pastoral field, he founded the Social Medical Center and the Center for Family Education. He was secretary of the Episcopal Commission for Health and later also the Episcopal Commission for the Family, President of the Association of Associated Medical Centers in Kigali (BUFMAR), head of a center for the epidemiological surveillance of AIDS and programs for psychomedical and social support of the sick. For a total of 10 years he was also regional superior of the Pallottines. On behalf of the Congregation for the Evangelization of Peoples, he attended various seminaries in the mission areas. On January 22, 2005, Pope John Paul II appointed him Deputy Secretary of the Congregation for the Evangelization of Peoples and President of the Pontifical Mission Societies, while also raising him to the rank of Archbishop. Cardinal Crescenzio Sepe, Prefect of the Missionary Dicastery, presided over his episcopal ordination on March 19, 2005, in the Chapel of the Pontifical "Collegio Urbano". The co-consecrants were Archbishop Stanislao Dziwisz, the Holy Father's Special Secretary, and His Exc. Mgr. Taddeo Ntihinyurwa, Archbishop of Kigali (Rwanda).
Pope Benedict XVI appointed him Archbishop of Warsaw-Prague on May 24, 2008. In February 2017 he was sent to Medjugorje by Pope Francis as "Special Envoy of the Holy See". The following December he was appointed Bishop Emeritus of Warsaw-Prague, and on May 31, 2018 the Pope appointed him Apostolic Visitor with a special character for the parish of Medjugorje for an indefinite period and “ad nutum Sanctae Sedis”. In the interview on the eve of his episcopal ordination (see Fides, 18/3/2005), Monsignor Hoser described his 21 years of missionary experience as follows. "My story is certainly no different from that of any other missionary. For me, as for all missionaries, there is no specific time when you learn to be a missionary. You feel this vocation that changes your life, you feel the call of the Lord, but then you understand that you only become a missionary with time, through successive experiences, through failures and successes, through personal relationships with the people at the mission sites, and even more if you immerse yourself in their lives without prejudice, in their problems. In their individual and collective stories, being a missionary means being part of the cultures of the people you come into contact with. What is called the inculturation of a missionary is in fact his ability to live the cultures of the peoples he encounters on his path of evangelization".
Archbishop Giovanni Pietro Dal Toso, current President of the Pontifical Mission Societies and thus successor to Archbishop Hoser in this office, told Fides:
"Unfortunately, I did not have the opportunity to get to know Archbishop Hoser personally, but I know that he was a great missionary and that he was a great missionary for this reason he was able to fulfill his task as President of the Pontifical Mission Societies with great commitment".
Fr. Dinh Anh Nhue Nguyen, OFMConv, Secretary General of the Pontifical Missionary Union (PUM) and Director of Fides, expresses himself as follows: "Here at the Pontifical Mission Societies, and especially the editorial staff of Fides, we remember Archbishop Hoser with great gratitude for his apostolic service and we all unite in prayer for him, especially today, thirty days after his death. Although I did not meet him personally, I can say that he has forever left a trace of his missionary zeal and Marian devotion. In fact, I think of him every time I walk into the Pontifical Mission Societies Chapel, dedicated to Saint John Henry Newman (because he lived in this part of the building when he was studying theology in Rome). The chapel was restored during the presidency of Archbishop Hoser and in front of which there is still the commemorative plaque of the event and the ecumenical visit of Anglican Archbishop Rowan Williams on 24/11/2006. We thank the Lord that as President he was allowed to lead the Pontifical Mission Societies". (S.L.) (Agenzia Fides, 13/9/2021)

OCEANIA/PAPUA NEW GUINEA - Priority to the missionary formation of children