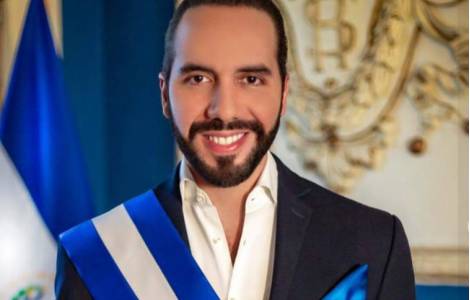 2022-05-20
"Justice and Peace": "the Church will continue to proclaim the Gospel, denouncing the social structures of sin"

San Salvador (Agenzia Fides) - "Democracy in El Salvador is in intensive care": this is the expression used by Cardinal Gregorio Rosa Chávez, Auxiliary of San Salvador, to make a comparison with a deadly disease that leads the patient in the "final phase". Nevertheless, the Cardinal believes there is still hope for the government to rectify its behavior and for the international community to be able to accompany the Country to save democracy. "The world has accompanied us in the peace process and will now accompany us in a process to save democracy, authentic democracy", he explained to the media on Sunday, September 5th.
According to the information gathered by Fides, we learn that the Constitutional Chamber of the Supreme Court of Justice (CSJ) of El Salvador issued a decision on Friday, September 3, which allows the current President to compete for immediate re-election, so that Nayib Bukele could run for a second term in 2024.
In the judgement, the magistrates ordered the Supreme Electoral Court (TSE) to allow "a person who exercises the function of President of the Republic and who was not President in the immediately preceding period, to participate in the electoral competition for the second time". Thus, if Bukele had been President in the period 2014-2019, he would not be able to stand for re-election for the five-year period 2024-2029. The judges, appointed on May 1 after Congress fired constitutional magistrates in a widely criticized process, then overturned a 2014 ruling that barred presidential re-election for the next 10 years after leaving office.
The Salvadoran Constitution states that a presidential candidate cannot stand for election if he has exercised his mandate "for more than six months, consecutive or otherwise, during the immediately preceding period". The decision aroused the concern of large sectors of Salvadoran society, joined by Cardinal Rosa Chavez, for whom two terms have lost their meaning and force at present: the "rule of law" and "due process". "We share the point of view that we must respect the Constitution which does not allow immediate re-election, but what happened?" commented the Cardinal. "Have the rule of law and due process been eroded? Worst things can happen in the future if they do not fix them, it is worth seeing everything with clarity, with a sense of patriotism and with responsibility", he recommended. "From now on, no one can be sure of obtaining real justice", speculated Rosa Chávez, commenting on the dismissal of dozens of judges, ordered by the Executive and approved by the official college, which establishes the mandatory retirement of all judges over the age of 60 or who have worked 30 years in the judicial sector, on the pretext that this measure fights corruption. The Cardinal also regretted that the latest measures taken by the government against the rule of law and violations of the Constitution were carried out during the month in which El Salvador celebrates 200 years of its national independence. "We are in the month of the Fatherland, the month of independence, a month of joy in the country; we should be joyful, jubilant and excited, but instead today we are worried", he concluded. (CE) (Agenzia Fides, 7/9/2021)