ASIA/SINGAPORE - The Church promotes interreligious dialogue among young people, in the spirit of "Fratelli Tutti" 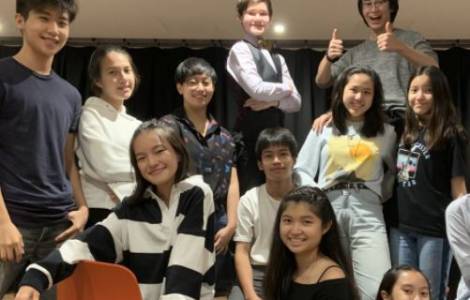 Singapore (Agenzia Fides) – To promote interreligious dialogue among young people: this is one of the initiatives and guidelines of the Church of Singapore, which in 2021 celebrates 200 years since the arrival of the Christian faith on its shores. As reported to Agenzia Fides, the Archdiocesan Council for Interreligious Dialogue of Singapore in recent days organized a special online Interreligious Forum dedicated to young people, which was attended by 160 young adults of different religions across Singapore.
The event, organized in collaboration with the Wee Kim Wee Center of Singapore Management University (SMU WKWC) and the S. Rajaratnam School of International Studies (RSIS), was supported by the Ministry of Culture, Community and Youth (MCCY).
Participants were of Hindu, Jewish, Buddhist, Taoist, Christian (Catholic, Protestant, Orthodox), Muslim, Sikh and Baha'i faiths. Those present gathered for a four-hour event to deepen their knowledge of the encyclical letter of Pope Francis "Fratelli Tutti" on fraternity and social friendship.
Among the speakers, Mgr. John-Paul Tan OFM, Vicar General for Interreligious Relations, Father Derrick Yap OFM, prof, Justin Tse and prof. Mohamed Bin Ali, who presented respectively the Catholic, secular and Islamic perspectives on the Document. Father Yap spoke about the spiritual background of FT and the call to fraternity in a modern individualistic world, Prof. Mohamed highlighted the common themes of Islam, such as humanity, human dignity, fraternity and social friendship, while prof. Justin Tse highlighted a secular perspective, noting how religions have affected the history of civilizations.
Those present recalled that the text of "Fratelli Tutti" draws its main inspiration from the life and teachings of St. Francis of Assisi. From the chapters of the encyclical the various themes for the discussion in groups and workshops of the Forum were taken: the importance of social dialogue; authentic connection in the digital age; walk towards a civilization of love; explore opportunities for joint action between religious communities; the relevance of religion in an increasingly secular world. A common belief that emerged from the Forum is that dialogue must not be an end in itself. Instead, it is "a means to achieve a better tomorrow by encouraging common action". Another common thread was the desire to see interreligious dialogue evolve into concrete actions that can be manifested in daily life. The participants said they were strongly called to cooperate to reach the brothers and sisters in need, regardless of their religious convictions. The participants above all reflected on how young people could help to develop interreligious dialogue and all agreed that "we must start with small actions and messages of mutual love". The population in Singapore is 5.7 million, approximately 383,000 are Catholics (9% of the population). (SD-PA) (Agenzia Fides, 26/6/2021)

ASIA/INDIA - Violence in Orissa 13 years ago: Christians in Orissa call for justice again on the occasion of the commemoration