AFRICA/BURKINA FASO - The Bishops: "We offer our condolences for the victims of the Solhan massacre" 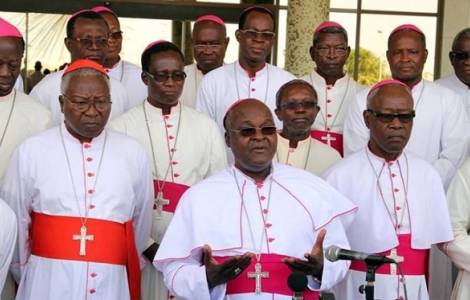 Ouagadougou (Agenzia Fides) - "As we know, our country, Burkina Faso, has once again experienced a deadly attack, in Solhan, in Yaga, in the Sahel. On behalf of our Church Family of God, we offer our sincere condolences to Bishop Dabiré, to the Diocese of Dori, to the bereaved families, and we entrust the victims of Solhan and all the victims of terrorist attacks to the mercy of God; civilian and military victims, in our country, as well as in Niger", said His Eminence Cardinal Philippe Ouedraogo, Archbishop of Ouagadougou, at the opening of the second Plenary Assembly of the Bishops' Conference of Burkina Faso and Niger. "Christian piety urges us to bow to the memory of all the people who have fallen under the murderous bullets of terrorists in our two countries, Burkina Faso and Niger, after our Plenary Assembly in February 2021 until the days when barbarism has manifested again in the Solhan massacre, in the parish of Seba, diocese of Dori: more than 150 dead, including four members of the CCB [basic Christian communities] of Solhan". In the night between 4 and 5 June, at least 150 people were massacred in the village of Solhan, in the north-east of Burkina Faso (see Fides, 7/6/2021) by an armed group that has not yet been identified. So far, no one has claimed responsibility for the massacre, the worst since 2015. On the contrary, the Support Group for Islam and Muslims (Jnim), considered as the "branch" of Al-Qaeda in Mali and in the Sahel, has distanced itself from it, qualifying the massacre as a "hateful act that is not part of the methodology of Muslims and Jihad". After the Angelus on Sunday, June 6, Pope Francis expressed his condolences for the massacre with these words: “I wish to assure my prayers for the victims of the massacre carried out in the night between Friday and Saturday in a small town in Burkina Faso. I am close to family members and to the entire Burkinabé people, who are suffering greatly from these repeated attacks. Africa needs peace and not violence!". "We thank the Holy Father, our Pope, for his concern and compassion shown in last Sunday's Angelus towards our country and the victims, and we ask the Apostolic Nuncio to convey our gratitude", Cardinal Ouedraogo said. The government of Burkina Faso said that following the Solhan attack, 7,644 people had to be displaced. Among them, 5,415 are children for a total of approximately 1,052 families. (L.M.) (Agenzia Fides, 10/6/2021)