VATICAN - The President of the Pontifical Mission Societies: to help rediscover the meaning of mission today 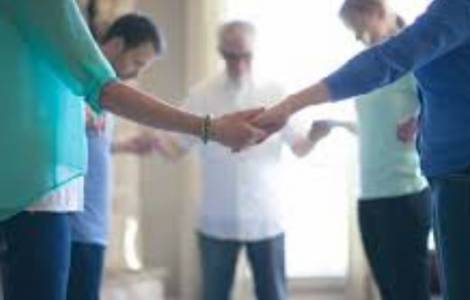 Vatican City (Agenzia Fides) - According to the President of the Pontifical Mission Societies, Archbishop Giampietro Dal Toso, in his greeting to the National Directors of the Pontifical Mission Societies from their respective countries around the world, expresses the hope that next year we can return to celebrate the annual Assembly in presence and not in digital form. At the beginning, he especially thanked those who are leaving their office and those who are new to office.
The Archbishop turned his gaze to the past year, marked by the pandemic, which forced the international Secretariats to develop new ways of working, avoiding visits and meetings, while the national Directions also had to adapt to the new situation, with a greater presence on radio, television and social media. "With this in mind, I encourage you to continue on this path with conviction", said the President of the Pontifical Mission Societies, "and to meet people where they are. It is clear that no social network can replace face-to-face meetings, but we use these means to establish contacts". It is also noteworthy that numerous national Directions took part in the three webinars which were held in Spanish, French and English, with the participation of more than 200 people in the latter, and other meetings that took place on digital platforms.
Archbishop Dal Toso also spoke of the Covid Emergency Fund established last year by the Holy Father at the Pontifical Mission Societies, which "has been of great use both because we have been able to respond with great flexibility to a serious emergency of the moment and because we have helped many Churches and congregations in serious difficulties".
On the occasion of the change of the Secretary General of the Pontifical Mission Union (PUM), whom Pope Paul VI referred to as the "soul" of the Pontifical Mission Societies, the Archbishop named two important aspects for strengthening the Pontifical Mission Union at a local level: the promotion of theological foundations "without which our work runs the risk of losing its specificity", and the public and educational work, because "imparting knowledge about the missions and educational work to promote missionary awareness is just as important today as it was yesterday".
Underlining the fundamental role of the PMS in supporting the life of the local Churches, looking to the future, the President of the PMS recalled that in 2022 there will be three major anniversaries, to which a fourth will be added: 400th anniversary of the foundation of Propaganda fide; the 200th anniversary of the foundation of the first Society, the Society for the Propagation of the Faith; the 100th anniversary of the elevation of the Societies to Pontifical Societies. In addition, the 150th anniversary of the birth of Blessed Fr. Paolo Manna, founder of the Pontifical Missionary Union, will be celebrated. "I hope that all this will lead the Church to reflect on the meaning of mission today. But the Church will only be able to do this to the extent that we too help her to rediscover the meaning of mission as the proclamation of the Gospel". However, these anniversaries will mainly be celebrated at a local level and large central celebrations will be avoided in order to promote the missionary spirit. In addition, the Archbishop continued, it is very likely that the beatification of Pauline Jaricot, the foundress of the Society of the propagation of the Faith and the Living Rosary, will also take place next year.
Her figure as herald of the Gospel is extremely modern in at least two ways: "She was a woman and lay believer who found the root of her personal commitment to the Church in her own baptism. She was a missionary in a de-Christianized world in need of salvation in Christ, whom she encountered through an intimate, mystical experience. She was a baptized and missionary: this is the key to understanding this figure, who speaks to us also in today's world, in which we need lay people who, thanks to their personal experience of Christ, become missionaries for the change of hearts and the change of the world".
In the concluding part of his speech, the President dwelt on some practical considerations, including organizing the next General Assembly next year in Lyon, where Pauline Jaricot was born and worked; using social media to collect donations; and the exchange of missionary work materials between the national directions. (SL) (Agenzia Fides, 2/6/2021)

EUROPE/SPAIN - The generosity of the Spanish for the missions, in a year marked by the difficulties of the pandemic