AFRICA/SIERRA LEONE - After thirty years of war, the Church leads the arduous path of reconciliation 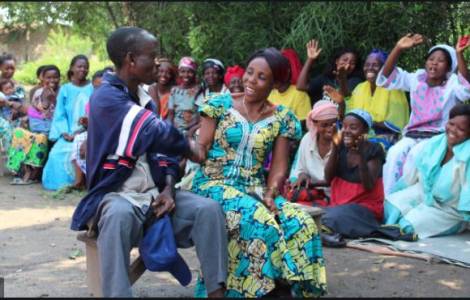 Freetown (Agenzia Fides) - "The Church played a key role in consolidating peace and democracy, even during the war. Christians, along with leaders of other religions, were at the forefront, including through the Interreligious Council, in leading the factions to the Lomé accords (1999) and in embarking on a path of rehabilitation for former combatants. In all 4 dioceses there are Justice and Peace commissions, useful bodies to help and monitor the actions of the government at all levels and to strengthen the reconciliation process. Last December, the Archbishop of Freetown, Edward Tamba Charles was unanimously elected President of the Interreligious Council of Sierra Leone. This will make the Catholic Church even stronger on the path towards peace in our country", said Father Paul Morana Sandi, Secretary General of the Bishops' Conference of Gambia and Sierra Leone and explains to Agenzia Fides the slow path to a new beginning for a country that is going through a long and devastating conflict. In fact, 30 years ago (in 1991) a terrible civil conflict broke out in Sierra Leone that saw some of the worst crimes in history take place for over a decade. Thousands of deaths, repeated violence, mutilation, looting and massacres have been on the agenda for years while the sad phenomenon of child soldiers has increased exponentially.
Father Paul Morana Sandi focuses on the role of Christians and on the future prospects for the country: "We have tried in every way to put this terrible period behind us and to promote peace. We can say that we have now achieved relative peace and some stability in the country. We hope that after so many years of violence we can stay on this path. We are now a whole generation outside of the war and its terrible rhetoric. I believe that we have all become more responsible and continue to work with the international community to finally get out of the logic of the opposition and take the path of development".
In addition to dealing with the conflict, Sierra Leone has also faced many other problems in recent years. The spread of Ebola, now the pandemic and a growing level of extreme poverty that is difficult to escape: Although Sierra Leone is a country rich in resources, it has the lowest per capita income in the world and in the Human Development Index, the ranking that certifies the level of human development progress, it ranks 182 out of 189 countries.
"We are a fragile democracy, undermined by many years of instability. We must work to try to strengthen the institutions that represent the people, restore the full rule of law and promote equality so that all citizens can feel safe. Our economy is subject to great fluctuations, with an enormous rate of inflation and growing poverty: and it is hardly possible to guarantee a minimum supply of water, electricity and health care. Schools also have difficulty improving standards. We want to reach at least a satisfactory level.
Unfortunately, there are ethnic, regional and political divisions undermining our national cohesion. But there are also efforts by the government and religious leaders to overcome them and achieve a Sierra Leone that represents us worthily in the world. We will always have differences between us but they must enrich us, one tribe, one region, enriches each other…We have mixed marriages between tribes or religions (in Sierra Leone there are between 15 and 18% Christians, 80% are Muslims and the rest are traditional religions), we follow the same sports teams, we have identical interests and hopes, it is not clear why we should maintain those ideologies of divisions that still lead to violence". (LA) (Agenzia Fides, 22/4/2021)