ASIA/KAZAKHSTAN - The Bishop of Karaganda: "Blessed Bukowiński, the deep root of the Kazakh Church and its vocational flowering" 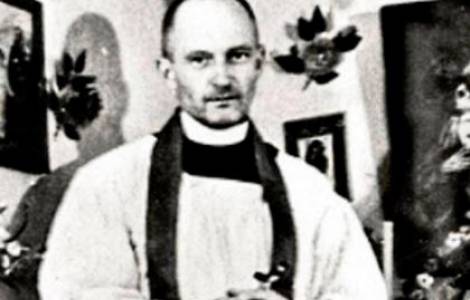 Karaganda (Agenzia Fides) - "Along the path of history, the Church is continually regenerated and brought forward by the saints and their testimony. Blessed Wladyslaw Bukowiński was an active and profound root of the flowering of the living Church of Karaganda and Kazakhstan. I truly knew and met him, not in person of course, but through the seed, the flower and the fruit, which God generated through him especially here, in Karaganda, in the difficult and painful times of Stalin's persecutions. This Blessed, therefore, testifies to the Church of Kazakhstan that it is possible to become saints, that is, to fully realize one's humanity, even in extremely difficult and painful conditions. Today we welcome the testimony of his faith in the Soviet concentration camps and learn from him how to be witnesses of Jesus in the immense concentration camp of globalization, which crushes man and wants to reduce his life to purely earthly well-being and happiness". This is what Mgr Adelio Dell'Oro, Bishop of Karaganda, said to Agenzia Fides, speaking of the life of Blessed Władysław Bukowiński, a diocesan priest who, amidst the torments of the Soviet gulags, carried out his evangelizing mission and cultivated the seed of the nascent Catholic presence in Kazakhstan.
Arrested three times for his apostolic activity, Blessed Bukowiński spent 13 years, 5 months and 10 days in the concentration camps. Upon Stalin's death, he was transferred to confinement in Karaganda where he worked as a guardian at a construction site, dedicating himself to the clandestine apostolate at night.
He was the first Catholic priest to arrive there and to remain there permanently after World War II.
"Thanks to the presence and witness of this man of God, a Catholic community was born in Karaganda at the end of the 1950s, forced to hide underground, but still very lively and proactive: this first clandestine Church represented the hope that supported thousands of deportees, mostly Poles from Ukraine and Germans. For God's plan and for his grace, the testimony of many men, despite the fierce persecutions, made Karaganda the center of Catholicism at the time of the Soviet regime", says Bishop Dell’Oro.
Even today, the parish of St. Joseph in Karaganda is an expression of the liveliness and faith of those Catholics and embodies a unique heritage not only in Kazakhstan, but also in the entire territory of the former Soviet Union: it is, in fact, one of the first churches officially registered during the communist regime, in 1977. "In that year - explains Mgr. Dell'Oro - the foundations of the future Catholic Church were laid with the active participation of the faithful: in fact, everyone took part in the construction of the temple, from the smallest to the oldest, including the disabled and the sick".
From the spiritual heritage of Father Bukowiński, more than 16 vocations to the priesthood were born, including those of two bishops - Joseph Werth, Bishop in Novosibirsk, and Nikolay Messmer, now deceased, bishop in Kyrgyzstan - and 28 female vocations to consecrated life in 7 different congregations and communities: "Furthermore, when they returned to their historical homeland, hundreds of former local parishioners brought new life to the life of the Church in Germany, Poland and other countries. As in the first centuries, the sufferings and blood shed by these Catholics multiplied the number of Christians, giving life to this Church", adds the Bishop of Karaganda.
Today the city of Karaganda has 4 Catholic churches, an international seminary and a cloistered convent of Carmelite nuns. Furthermore, , Pope Francis raised the church of St. Joseph to a minor basilica last June. The diocese of Karaganda includes two regions and occupies a territory two and a half times the size of Italy. The approximately 20 parishes are separated from each other by enormous distances: the farthest are 1700 km from each other. In total, there are 4 Catholic dioceses in the entire territory of Kazakhstan, for a total of 70 parishes. There are 91 priests present in the nation, including 61 diocesan and 30 religious. Catholics represent a small minority: according to official data provided by the Kazakh Ministry of Foreign Affairs, of the more than 17 million inhabitants of the country, about 26% are Christians, and 1% of these are Catholic. (LF-PA) (Agenzia Fides, 13/2/2021)

AMERICA/PERU - Day of Vocations: for a "synodal" vocational ministry