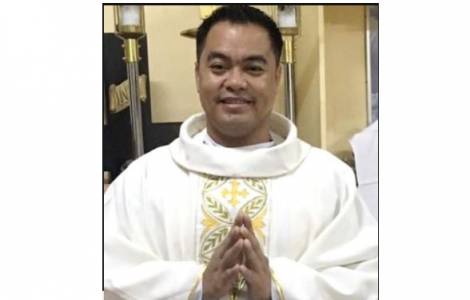 2022-07-30
A missionary: Human trafficking: "More centers are needed to welcome and accompany minors who are victims of abuse"

Malaybalay (Agenzia Fides) - Unidentified armed men opened fire and killed yesterday, January 24, a Filipino Catholic priest, Fr. Rene Bayang Regalado, as he was preparing to return to the Seminary in the village of Patpat, near Malaybalay, a city in the province of Bukidnon , on the island of Mindanao, in the southern Philippines. On the evening of January 24, the priests of the St. John XXIII College Seminary called the police, reporting that they heard several shots around 7:30 pm (local time). The police confirmed that Fr. Regalado was killed in the vicinity of the Seminary "with gunshots on his head". His body was found near the gate of the Carmelite Monastery in Barangay Patpat, Malaybalay City. The priest was going home to St. John XXIII College Seminary when suspects stopped his vehicle on the secluded road..
The body of Fr. Regalado was lying some three meters from his service vehicle, a Chevrolet SUV. "His left eye had contusions as if he was mauled prior to his death. Fr. Regalado was already dead when we arrived", said Sergeant Jeffrey LLoren, a police investigator. In addition, the police found the left arm of the murdered priest "tied with shoe lace color white", and a Colt .45 pistol with 10 unspent bullets and one empty shell. The unspent bullets were extracted from the pistol which was also left behind by the suspects. Regalado’s family in Barangay Sinayawan, Valencia City have requested for an autopsy of the body, which was brought to the Villanueva Funeral Homes in Malaybalay City Sunday night.
"The Diocese of Malaybalay with its Clergy, Consecrated Persons and Lay Faithful especially the Regalado Family in San Jose Parish, Sinayawan, Valencia City are deeply wounded and saddened with the news of the untimely passing to eternal life of one its clergy", says a statement from the diocese sent to Fides, and hope that "the perpetrators are brought to justice".
As the statement reports, the slain priest will be laid at the San Isidro Labrador Cathedral in Malaybalay after the autopsy is done. He will be buried in the Malaybalay Catholic Cemetery.
Fr. Regalado was also known as "Paring Bukidnon" ("mountain priest"), as he often visited the most isolated communities, advocating issues related to the life and urgencies of farmers, promoting organic and sustainable agriculture in his blog, where he dealt with issues of a social nature. According to police investigators, Fr. Regalado had received death threats before he was killed.
Fr. Regalado was ordained priest on Oct. 18, 2007 by Bukidnon Bishop Emeritus Honesto Pacana S.J. He finished his Baccalaureate degree in Theology at San Isidro College. He finished his theological studies at the St. John Mary Vianney Theological Seminary in Camaman-an, Cagayan de Oro City. (SD-PA) (Agenzia Fides, 25/1/2021) 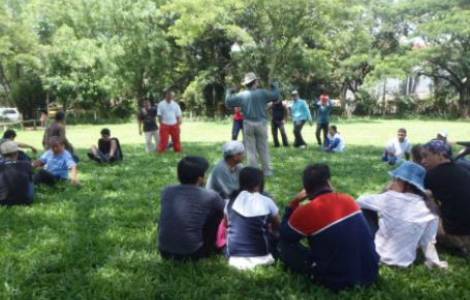