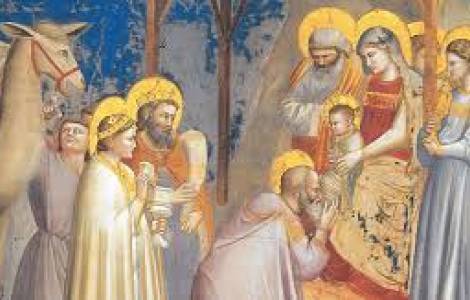 2022-01-22
Pope Francis will confer the ministries of catechist, lector upon lay men and women from different continents

Rome (Agenzia Fides) - The salvation wrought by Christ "knows no boundaries". It is not reserved for certain privileged groups, but manifests itself "for all men and all peoples". The light of Christ also has its own "method" for radiating itself, in accordance with the very mystery of his incarnation: a method that does not rely on the "powerful means of the empires of this world", does not use any "entrepreneurial" programs and campaigns of "proselytism", but it passes "by witness, by confession of the faith", and "also by the martyrdom" of those who, by welcoming it and radiating it, can "attract others". This is what Pope Francis repeated in his brief catechesis with which he introduced today, Wednesday 6 January, the recitation of the Angelus on the liturgical solemnity of the Epiphany of the Lord.
In his reflections, the Pope took a cue from the feast that celebrates the manifestation of Christ to all peoples to suggest once again the unmistakable dynamism with which Christ communicates his salvation to the world, offering the criterion of evaluation of all apostolic work. and of any ecclesial mission.
The Epiphany, with the story of the Magi who came from the East to Bethlehem to adore the Child Jesus - the Pope remarked - "is not another mystery, it is always the same mystery of the Nativity, seen however in its dimension of light: light which illuminates every man, a light to be welcomed in faith and a light to be brought to others in charity, witness and proclamation of the Gospel". The light "stronger" than the darkness that covers the earth, prefigured by the Prophet Isaiah in the first reading of the liturgical solemnity, is precisely the Child Jesus, born in Bethlehem, as the Gospels indicate.
"He" remarked the Successor of Peter "was born not only for a few but for all men, for all peoples". The light of Christ is for all peoples, and "has its own method of spreading itself", of "radiating itself" in all places and at all times. It does not do so "through the powerful means of the empires of this world, which always seek to seize dominion", but it spreads" through the proclamation of the Gospel. The announcement, the word, and the testimony". It is the same "method" - the Pope noted - "chosen by God to come among us: the incarnation, namely the fact of being close to the other, of meeting him, assuming his reality and bearing the witness of our faith, each of us. This is the only way that Christ’s light, who is Love, can shine in those who welcome it and attract others. Christ’s light does not expand only through words, through fake methods, commercial ones…. No, no, through faith, word and witness. Thus the light of Christ expands. The star is Christ, but we too can and must also be the star for our brothers and sisters, as witnesses of the treasures of goodness and infinite mercy that the Redeemer offers freely to everyone". The witnesses of Christ's salvation - the Pope insisted on underlining - are not owners, custodians or managers of the gift they are called to announce: they are the first to be called only to follow the light of Christ, to enjoy his gift. The condition that makes them witnesses - the Pope continued – consists "in welcoming this light within, in welcoming it ever more. Woe to us if we think that we only need to “manage” it! No. Like the Magi, we too are called to allow ourselves to be fascinated, attracted, guided, illuminated and converted by Christ". He is the journey of faith, through prayer and the contemplation of God’s works, who continually fills us with joy and wonder, an ever new wonder. That wonder is the always the first step to go forward in this light".

After reciting the Angelus, Pope Francis referred to the worrying news received in recent days from the Central African Republic, recalling the recent elections with which the people of that country "expressed the desire to continue on the path of peace" and inviting "all parties to a fraternal and respectful dialogue, rejecting hatred and avoiding all forms of violence".
Pope Francis then addressed "the most lively wish of Merry Christmas" to "the brothers and sisters of the Eastern, Catholic and Orthodox Churches, who, according to their tradition, celebrate the Lord's Christmas tomorrow".
Finally, the Pope also recalled that on the feast of the Epiphany "World Missionary Childhood Day is celebrated, which involves many children and young people from all over the world. I thank each of them and encourage them to be joyful witnesses of Jesus, always seeking to bring fraternity among their peers". (GV) (Agenzia Fides, 7/1/2021)

ASIA/HOLY LAND - Catholic bishops to the Heads of other Churches: our synodal journey needs your experience and your advice

EUROPE/SPAIN - The "Star Sowers": the announcement of Christmas made by the little ones and the "gratitude" of the missionaries