AFRICA/MOZAMBIQUE - Thanks to the donation of Pope Francis, 2 health centers will be built for the displaced people of Cabo Delgado 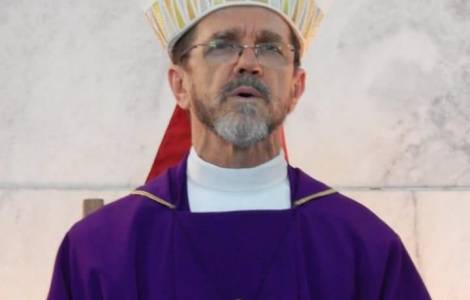 Maputo (Agenzia Fides) - Thanks to the donation from Pope Francis to the diocese of Pemba, the capital of the province of Cabo Delgado in northern Mozambique, which has been suffering from the consequences of a separatist uprising since 2017, two health centers are to be created. The separatists who joined the Islamic State resulted in the deaths of more than 2,300 people and the displacement of at least 600,000 residents of the province.
"Two health centers are being built, one in Chiúre, the most populous district of Cabo Delgado, and the other in Montepuez in the south-west of the province, away from rebel attacks and one of the safest places internally displaced people seek when they try to escape", said His Exc. Mgr. Luiz Fernando Lisboa, Bishop of Pemba, who thanks Pope Francis for his donation.
"With his gesture of charity, Pope Francis is providing us with 100,000 euros to help the displaced", said Mgr. Lisboa, who explained that the decision to build the two health centers was taken after consulting those responsible for assistance to the displaced. For families fleeing the war, half of whom are children, health care is among the main needs after having lost everything, due to hunger and long days of escape in the bush. Within two to three months, the two centers are expected to start serving the displaced.
The donation from Pope Francis is also important as it has drawn international attention to the Mozambican province, which must be kept alive in the future. "If the war ended today, it would still take several years to rebuild the social fabric of the province", emphasizes Mgr. Lisboa.
"After the Pope started talking about Cabo Delgado there was greater attention from many groups, organizations and also from different countries. I believe that his strong figure has helped to make this crisis not only ours, of the inhabitants of Cabo Delgado, but a crisis for which the whole world must be responsible", the Bishop said. (L.M.) (Agenzia Fides, 9/12/2020)