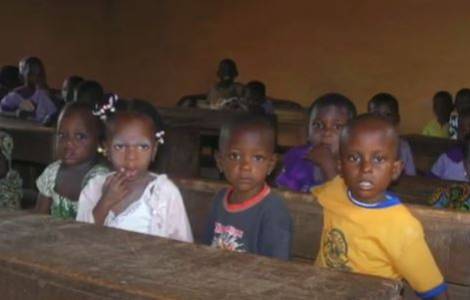 2022-05-18
"But how can you preach love in a country where violence has become a rule?" asks the Bishop of Nsukka

2022-05-07
Father Felix Zakari Fidson, kidnapped at the end of March, has been freed

2022-05-04
The Bishops of West Africa: "We do not propose solutions to the problems of the region; but our mission is to educate consciences"

2022-04-12
Appointment of the Auxiliary Bishop of Maiduguri

Usen (Agenzia Fides) - "The spirit that has led us here in Nigeria can be summed up in two words: Gospel and charity. We are dedicated to accompanying children who live on the streets of some important cities and to fight the poverty that afflicts many children". This is what Italian missionary Father Riccardo Germanetto, Italian missionary of the Congregation of Regular Clerics of Somasca, (also called Somaschi Fathers) reports in an interview with Agenzia Fides, speaking of the missionary commitment in the African country and the challenges the religious have to face daily. "Our action - he continues - is also aimed at addressing the problem of prostitution and trafficking of girls to Europe for this sad trade".
The first group of Somascan Fathers arrived in Nigeria in 2010, after following several young people who were preparing for the priesthood, both from a distance and with local meetings. Today, the religious are present with two religious communities, one in Usen and the other in Enugu, two small towns near Benin City.
The community of Usen is responsible for the parish of Saints Peter and Paul, which covers the whole of the small town and a number of villages, some of which are quite remote. "Pastoral care in this area is very difficult - says Fr. Riccardo. The parish is made up of a modest urban center and small villages scattered throughout the surrounding forest. Access to villages is difficult, especially during the rainy season. People are poor and poorly educated. There is a need for catechesis at all levels, many still practice pagan rites". A primary and secondary school dedicated to Saint Anastasia constitutes an annex of the Parish. It is attended by 170 pupils. In the village of Ogunmweiyn, the Somascan fathers carry out small activities. "In Ogunmweiyn - explains the missionary - we have a house equipped to accomodate an activity of assistance for children and adolescents for which we have recently obtained authorization from the State. Pending an adequate restructuring, a work of reception and support for the children of the village is carried out. The expansion of the Usen school, the construction of a dispensary in the village and the opening of another welfare facility in the city of Benin City are also planned".
The religious community of Enugu has as its only activity the formation of seminarians. The religious and the seminarians live in two houses: the first accomodates young theology students, while the TransEkulu Seminary accomodates about twenty philosophy students, not yet professed. In both communities, the Fathers, young religious and seminarians are involved in catechism activities, youth animation, evangelization and charity. "There is still a lot to do - says Fr. Germanetto - it is very important to look at the many young Nigerians who are in formation, at the timid but encouraging positive responses of the locals, who need to be animated, solicited and helped. We Somaschi Fathers - he concludes - are entrusted with the mission of responding, according to our style and according to the charism of our founder, St. Jerome Emiliani, to the challenges that this land and this society confront us with". (ES) (Agenzia Fides, 21/11/2020) 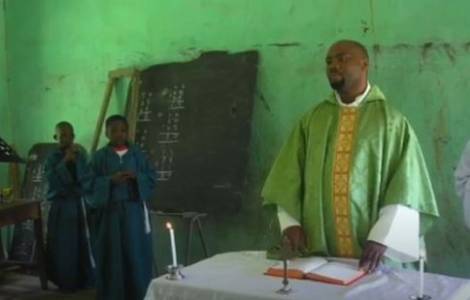