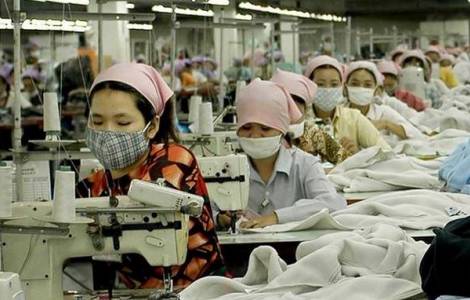 Hanoi (Agenzia Fides) - The Regional Comprehensive Economic Partnership (RCEP), the newborn economic cooperation agreement between 15 Asian nations representing globally about a third of the GDP and the world population raises hopes and concerns among civil society in the various countries of Asia. In the intentions of its creators, the pact will become a driving force for development in East Asia. But the official birth of the agreement - with the signing during a virtual conference on November 15 in the Vietnamese capital Hanoi - has also aroused concern, especially among civil society organizations because of the effects the agreement could have on the most fragile and weakest segments of the population such as farmers or craftsmen.
"The Covid crisis should be an opportunity to realize how important farmers, fishermen and other food producers are", commented the Indonesian NGO "Solidaritas Perempuan". Asian human rights monitoring networks and platforms such as "Focus on Global South" highlight dangers for people working in the informal sector, small manufacturing businesses and for farmers: all people who live on minimal profit margins with mediators who then export the goods. Drastically reducing tariffs on agricultural products, for example, could have tragic consequences for small producers and for women who work for the subsistence of their families in the context of small-scale agriculture. The situation, the NGOs warn, is aggravated by the presence of Covid-19.
The Asia Pacific Forum on Women, Law and Development (Apwld), based in Kuala Lumpur (Malaysia), referring to Rcep said. "In Asia, the pandemic has taken so many lives, destroyed economies, swept away millions of jobs and livelihoods in ways never seen before. Right now, any economic, fiscal and political decision must reflect the needs and priorities of the peoples".
From Manila, the NGO "Trade Justice Pilipinas" has also joined the chorus: "In the years in which we have followed the negotiations, we have constantly expressed our concerns about the negative implications of Rcep on the Philippine economy". The concerns are shared by trade unions in Indonesia, South Korea, Australia, Malaysia and Cambodia which, as stated by the trade union platform "Public Service International" have expressed their reservations about the effects of the agreement on jobs.
The Rcep negotiation marathon began 8 years ago with a negotiation started in 2011 in Bali during an ASEAN summit. Last year India, initially involved, withdrew, thus delaying the official inauguration of the agreement for a year. Rcep includes all ten ASEAN countries (the Association of Southeast Asian Nations which includes: Vietnam, Myanmar, Thailand, Laos, Cambodia, Philippines, Malaysia, Singapore, Brunei, Indonesia) and five countries of Oceania and East Asia: China, Japan, South Korea, Australia and New Zealand.
The agreement intends to gradually reduce custom tariffs on many goods and services, integrating the commitments already established with the World Trade Organization, by taking into account sectors such as e-commerce or intellectual property rights. Even if it will not be easy to align very different economic situations, the 15 signatory states which launched the Rcep have provided for safeguard clauses aimed at protecting specific products or countries. Rcep was also born as a multilateral cooperation structure in the search for mutual economic advantage. (MG-PA) (Agenzia Fides, 20/11/2020)

ASIA/TIMOR LESTE - The Archbishop of Dili to the president: the Constitution must be respected, for a prosperous and peaceful nation