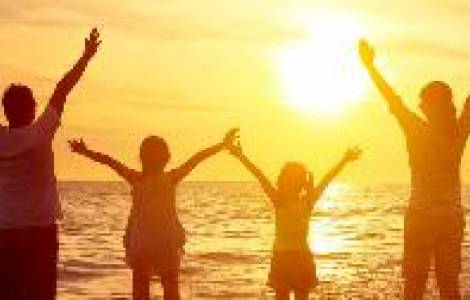 2021-05-31
Violence in the electoral campaign; the Church asks to put aside those who have not fulfilled their commitments

Nuevo Casas Grandes (Agenzia Fides) - "In view of the current situation in our country, we see the serious risk that another initiative will further divide and polarize society and destroy the most important institution for Mexicans, the family", said the Mexican Bishops, while there is an initiative in the Senate that intends to reform various provisions of the law under the pretext of promoting the right to health of Mexicans, and in particular of women, children and adolescents. The Bishops call on all Mexican citizens to ensure that these initiatives are actually aimed at the good of each person, since "we see with concern that at the basis of these initiatives, in reality, there is an attack on life, on the dignity of the person, freedom of conscience, the well-being of children and the true right to health".
The statement is signed by the President of the Mexican Bishops' Conference (CEM), Archbishop of Monterrey, Rogelio Cabrera Lopez, the Head of the Episcopal Commission for Life, Bishop of Nuevo Casas Grandes, Jesús José Herrera Quiñones, and the General Secretary of CEM Alfonso G. Miranda Guardiola, Auxiliary of Monterrey. The Bishops reiterate what had already been stated in a Declaration of July 16 in which the Bishops called for vigilance in the face of certain government programs, laws and measures that threaten the dignity of the human person, and in particular undermine the right to life.
The "culture of death hits the heart of the Mexican people hard", said the Bishops, who call on everyone involved in this legislative reform initiative, "to guarantee the unconditional respect and well-being of girls, young people and women and the intrinsic dignity of every human being from the moment of conception to natural death". In this context, they demand "respect and, above all, commitment with regard to the dignity and human rights of Mexicans in every phase of life and under all circumstances".
"We should not propose ideological solutions", the Bishops concluded, "when it comes to the needs of the people, especially a problem as complex as sexual violence, which particularly affects Mexican women. This reform proposal entails an enormous risk of negative effects as it can facilitate the mechanisms of abuse and exploitation of girls, adolescents and women for sexual purposes". (SL) (Agenzia Fides, 7/10/2020)

AMERICA/EL SALVADOR - The law on the right to water reaches Parliament, "people's lives are at stake" warns Cardinal Rosa Chavez

AMERICA/ARGENTINA - World Day of Prayer for Victims of Human Trafficking: "Dignity and freedom of every individual must be respected"

AFRICA/MALAWI - World day against child labor, the Bishop of Zomba: "Protecting children, in the light of the Gospel"

AMERICA/GUATEMALA - The Bishops: safeguarding and defending the family is the responsibility of civil authorities, but also of each family

AMERICA/BRAZIL - Covid: almost 500 thousand deaths, the prayer of the Church and protests in the face of the mismanagement of the pandemic